I've never liked American football. Let me just say I don't get it AT ALL. I have no idea why there are several "first" downs (and I don't care to have it explained to me either because I don't care). If I wanted to see a bunch of dudes barrel into each other, I'd at least watch rugby. At least in rugby you can see the guys' bulging calf muscles and buff arms without everything being hidden beneath a padded suit of armor.

I went to all the high school football games back in the day, but not to watch the games. I just went for an excuse to hang out with my friends and make a nuisance of myself. That's all we did. Make nuisances of ourselves and cheer when the crowd cheered.

I went to the University of Arkansas in Fayetteville for college and took advantage of the student discount on season tickets to the Razorbacks games. I went to the first several, thinking they'd be like high school games where me and my friends would goof off the whole time. I was wrong though. U of A students take their Hogs seriously. I tried to pay attention to the game, like everyone else, tried to understand what was going on, but just when I'd think I knew when to stand up and shout "Fifirst down!" and do the arm thing, I'd find myself doing a solo number with everyone turning to look at me and then away as if they didn't know me.

Scotland suited me well; I understand and actually like soccer (the REAL football).

All this to say, today was my high school's Homecoming day. The day we're all supposed to come back to our hometown, attend the parade and watch the football game. Since I live in my hometown again now, I didn't have to travel too far... but I still didn't go to the football game. And it's a good thing too; right about the time it would've kicked off, so did the lightning and rain. I did, however, go to the parade.

My kids and I rode with our friend Michael and his two kids. We found a parking space up close to the road, so the kids could sit in the trunk and watch in the shade. Or at least that was the idea. They ended up standing on the street the whole time, watching the floats from as close as possible. 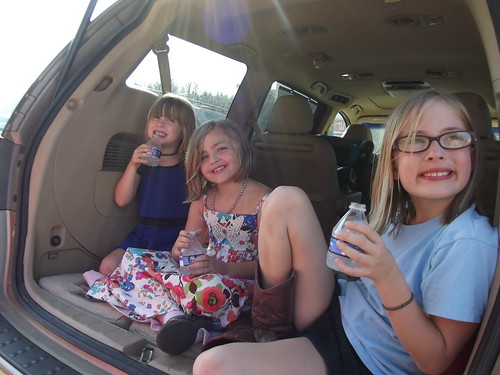 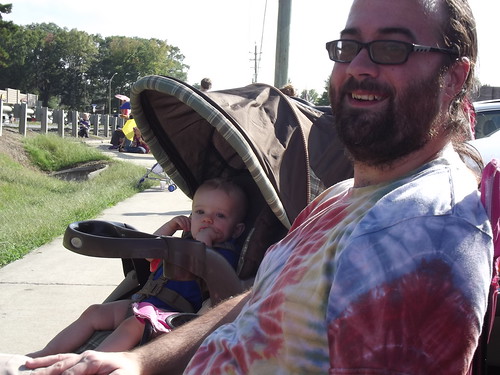 While waiting for the parade to start, we took the kids to get frozen yogurt across the street. I took them there last year too (with Granny from Scotland who was here this time last year), so I'm thinking for as long as we are in this town, this will be one of our "things" - frozen yogurt before the Homecoming parade. 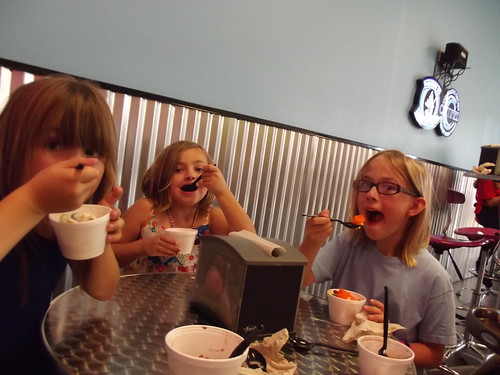 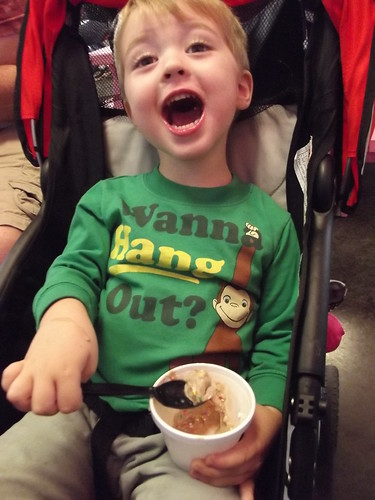 It was fun. I didn't expect Jaguar to sit calmly in his stroller for that long, but he sat the whole time, excitedly watching all the floats go by, waving to everyone and shouting "Bye-bye!" Sure he's my son and there might be some bias there, but he is the CUTEST BOY IN THE WHOLE WORLD. He just is.


My disdain for football aside....

Since Mike was driving, I offered to bring the cooler full of water bottles. I took Jaguar this afternoon to Kroger for water, and we spent the afternoon perusing the shops. I didn't intend to buy anything, but I ended up coming home with a red and white striped shirt, the kind I've been looking for to wear to my book club's Halloween get-together. The costume theme is literary mash-ups, so I'm doing a Where's Waldo? meets The Scarlet Letter to create a Where's Hester Prynne? costume. I also impulse bought Scott an extremely large tea mug with Spiderman on it. I blame Jaguar, he loves Spiderman. (This is also a Shopping Challenge confession.) I will also admit that I took Jaguar shopping in hopes of possibly finding an extremely cheap pair of trousers. I'm really not trying to brag, but I've lost a fair bit of weight in the last several months, and the downside is that my clothes don't really fit anymore. Not complaining, it's a good problem to have! In fact, I spent the whole time in the store pulling up the trousers I was wearing. So all of that to say, my ODP outfit below is only what I wore half the day. The top half is the same, but I changed trousers when I got home. The ones pictured below have actually been a little too tight until now, but I tried them on today and they fit fine. Glad I kept them!

Today I wore The Dress as a sort of midriff tank over a pink short-sleeved shirt my mother-in-law brought me last year from Primark. (I MISS PRIMARK. Someone send me some solid-colored long-sleeved shirts, the kind that are like £3 each, for Christmas.) I tied The Dress up in a little (big actually) knot on the side. I tried to knot it in the back, but it looked like a bunny tail. Erm, no. Side knot it is. I wore a pair of black pinstripe trousers, black "barefoot" running shoes and a tattoo choker necklace thing. I did not fix my hair after the gym this morning, so it's just pulled back in a tight bun with two stretchy headbands. 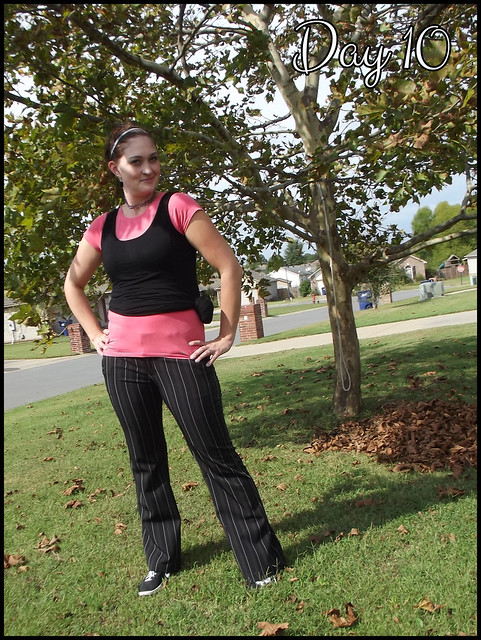 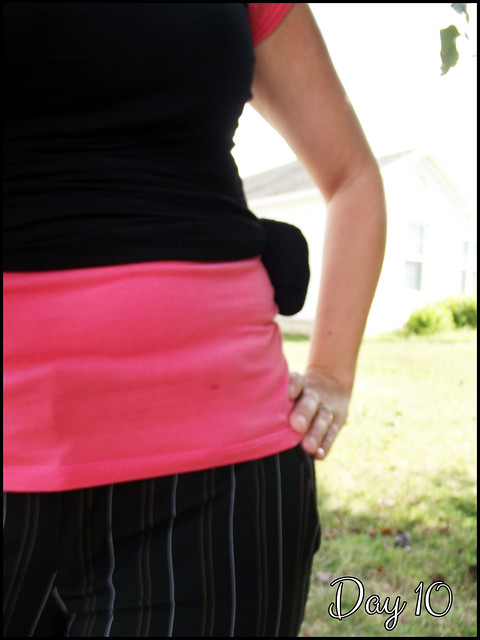 I felt the whole outfit was just a couple steps away from something out of Clueless, but I liked it. It was definitely a different way of wearing a dress! I'd like to imagine it was young and hip enough that if I HAD gone to the high school football game, I could've passed as a recent graduate. With this young little face and my Alicia Silverstone-inspired ensemble, why not?