I don't want to fail again at NaBloPoMo tonight. I was childminding this morning, running errands this afternoon and now I'm out with my girlfriends for a birthday night out.
Dinner was delicious, the wine is flowing, the music is great.
So far we've covered topics ranging from our daughters approaching puberty to where to get the best deal on toilet paper to ex-boyfriends to the names of each of the bones in your hands. Cracking night out!
Have I mentioned how thankful I am for my wonderful friends? 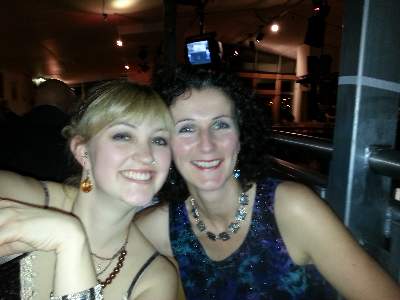 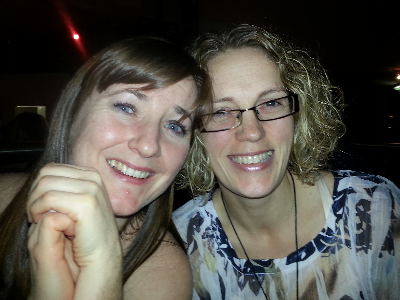 *EDITED TO ADD AND EXPOUND*

I hate that I had to mobile blog the above Thanksgiving 30, because writing about friends deserves so much more than that. So I'm adding and expounding.

I have made some incredible friends since moving to Scotland. My first year was difficult; I didn't know anyone, I didn't have too many friends (though I made friends at work who were really great), and I really struggled making the transition. Scott introduced me to Sarah, his best friend's wife, and she has been a great friend ever since. I adore Sarah. We have so much in common and yet are so very different too. I am thankful for Sarah.

I began making friends through church later down the line (Amanda, Cheryl, Lorna, Jen to name a just a few), and then I had Fifi. I was no longer at work, and none of my friends yet had babies, and suddenly to a degree I was isolated to once again. That's when I met Maria and Carol. We all three were new mums with a lot in common (but again, also very, very different too), and we instantly clicked. Those two girls are two of my favourite people in the world, and I love them both to bits. I am so thankful for them. (Even if Carol DID decide to move away from us! How dare she!)

A little bit later, right after having Lolly, I started getting to know the girls I was out with last night - Heather, Paula and Elaine. While I'd say my friendships with them grew a lot slower than the way I became friends with Carol and Maria very quickly, these friendships have grown very strong with deep roots and bonded together by difficult experiences. We all come from different backgrounds, have different beliefs and opinions, but we respect each other for our differences and benefit from them. We have all in some way influenced each other for the better, and I love these girls and would do anything for them, as I know they would for me. If I'm ever in a car accident, I know at least two of them would re-lactate to feed my baby! Haha! (But seriously.)

So I just want to say how thankful I am that I have been blessed with so many friends. And I have tons more than those mentioned above. I am thankful for all of them, because all of my friends are special. All of them have made my life a little better, and I am thankful for them.
Posted by Lori Arnold at 2:40 PM
Email ThisBlogThis!Share to TwitterShare to FacebookShare to Pinterest
Labels: nablopomo, thanksgiving30