I have a confession - for two days I missed my pumpkin challenge.  Saturday and Sunday were so busy that no pumpkining occurred.  I tried, but time got away from me. I've been in some kind of crazy nesting mood - if I didn't know better, I'd be a bit worried I was pregnant! (I'm not, by the way.)  But over the weekend, the urge struck me to finally paint those hunter green flea market end tables I was complaining about last time. Technically I should have sanded them first, but I didn't, and I'm going to pretend I don't care.  They probably need another coat of paint, but I'll save that for another night. I also might need to lacquer them but again, that'll be the next burst of energy. 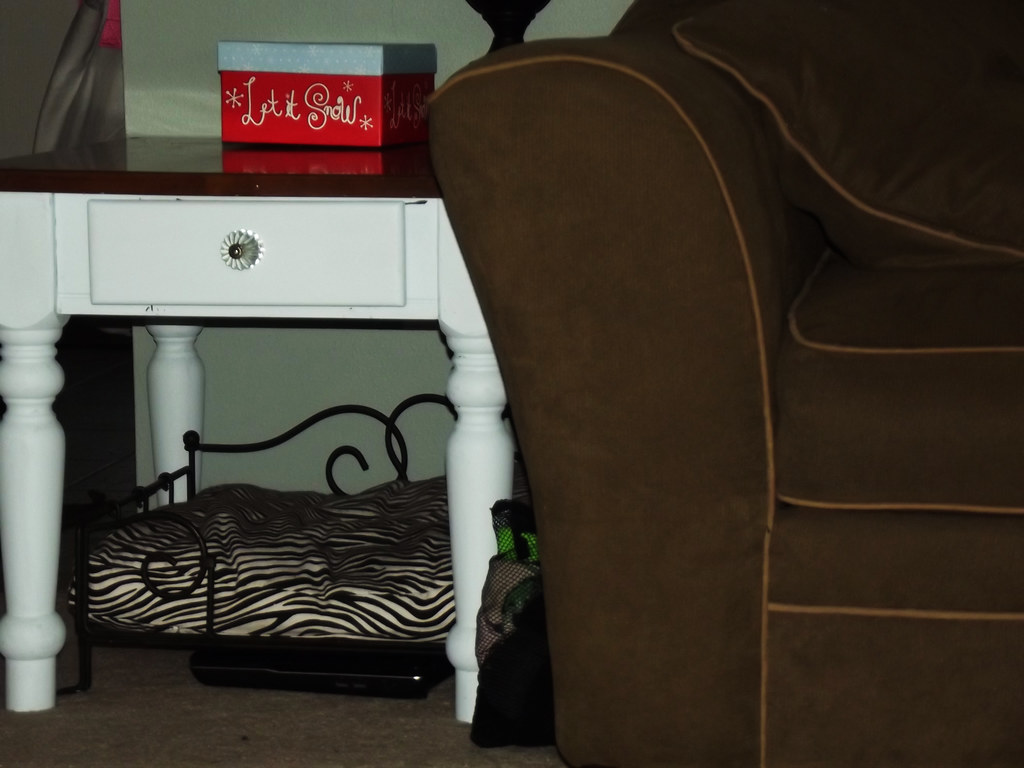 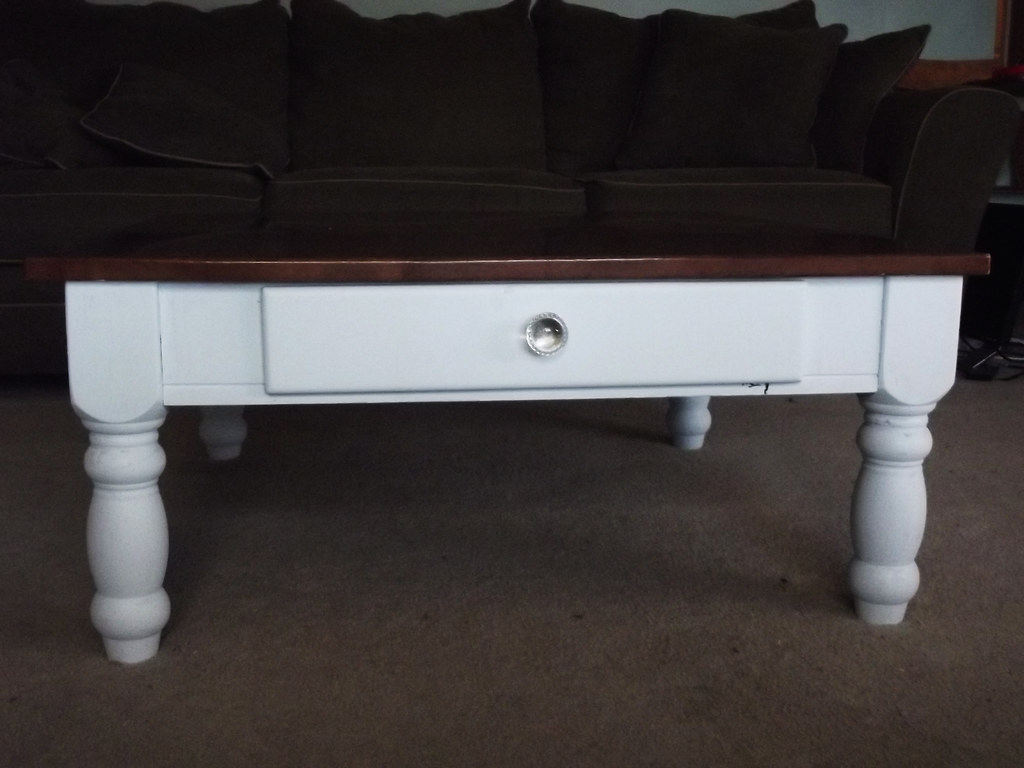 I also started my Christmas crafting this weekend. And I also decided to reorganize all my kitchen cabinets and incorporate a little more yellow to match my new dishes. So basically, baking and cooking just got totally forgotten amongst all the painting and cleaning.


Now, I do have three pumpkin recipes to update you on. The first was my pumpkin chili. I was certain I took a photo of it, but seeing as I can't find it, I clearly didn't. My pumpkin chili recipe was literally my normal chili recipe with a half cup of pumpkin. It made it a little thicker, I think, but there was no change in taste. It's not worth buying pumpkin for, but if you have pumpkin leftover that you don't know what to do with (for instance, if you made a recipe that only called for 1/2 cup or a tablespoon or something), it's a good way of using it up.

Pumpkin Chili
1 lb ground beef, browned
2 cans of dark red kidney beans
2 cans of diced tomatoes
1/2 cup pumpkin (you could put in a full cup, but I just used what I had leftover from the last recipe)
garlic cloves
1 heaping tablespoon of beef stock paste
2 tablespoons of taco seasoning (roughly... I don't measure it out, I just pour a whole lot in)

Throw it all into the crockpot and serve however you like to eat chili. I like it with Fritos and cheese, or over rice, or even over a tortilla.

The next night I made Pumpkin Cake.  This was an old recipe I've had in my recipe scrapbook for one hundred years (give or take), so I don't know where it came from. I feel like I got the recipe from Kathy Freeman. It is the most delightfully moist, scrumptious cake ever. We basically lived on this all weekend while Scott tackled the new expansion of World of Warcraft and I tackled the world of arts-and-craft.

(Speaking of World of Warcraft, have I mentioned that I'm the best wife ever?) 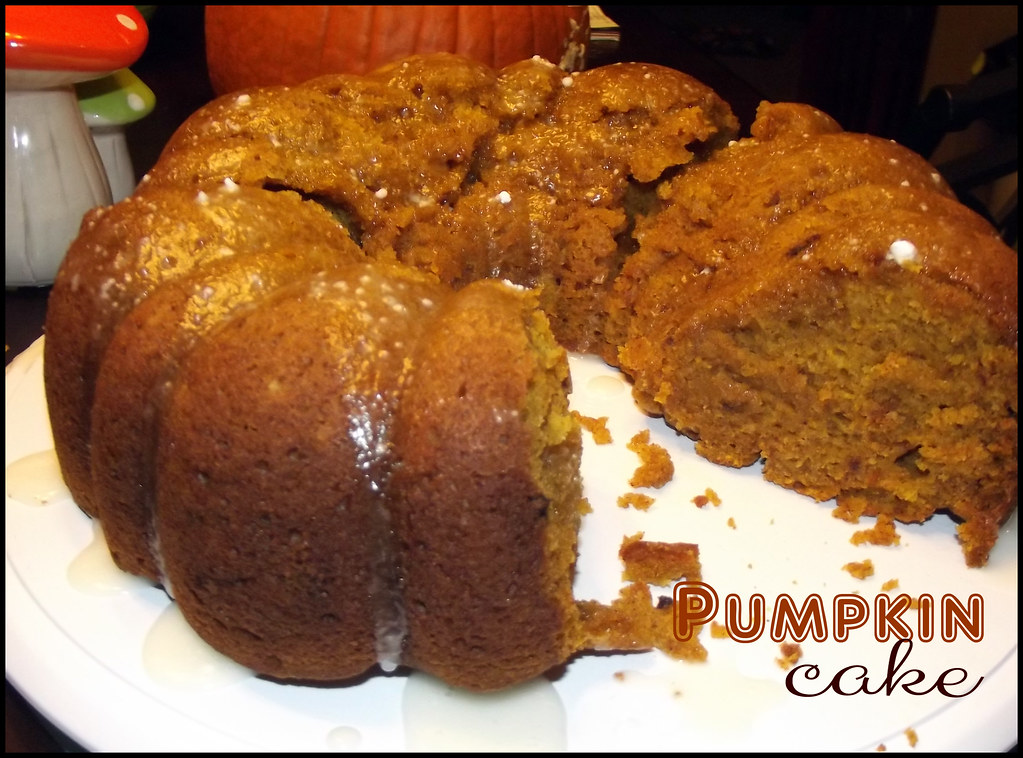 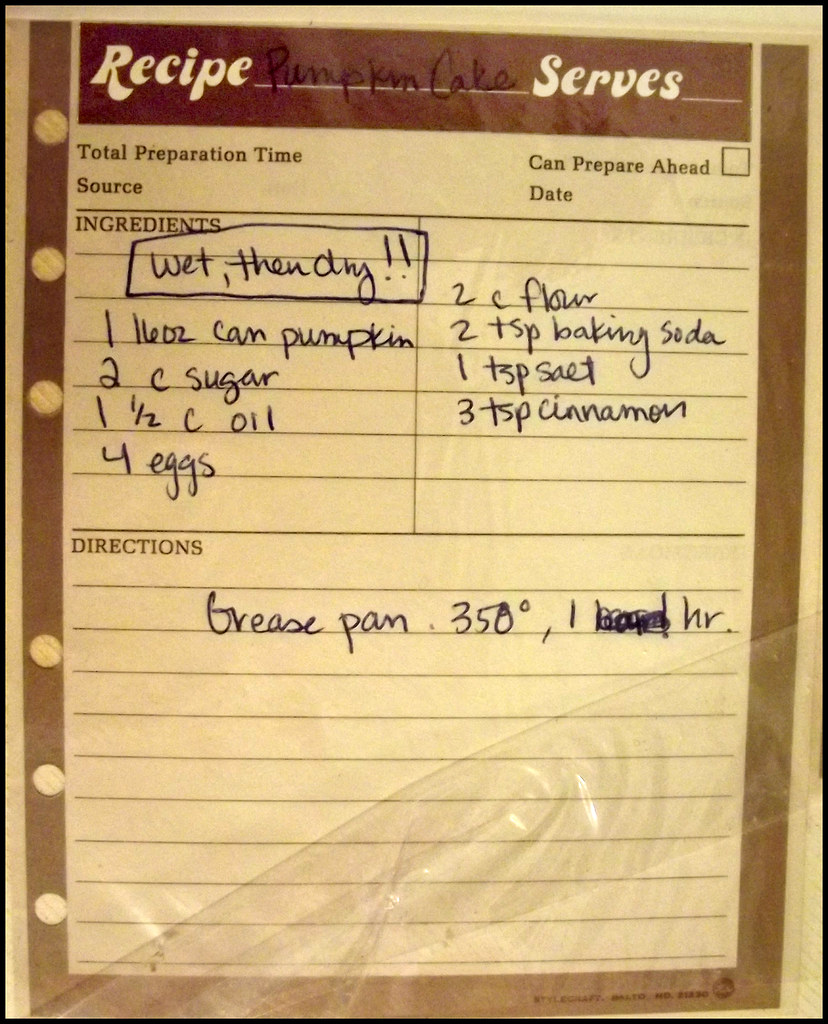 Mix wet ingredients first, then mix dry and add dry to wet.  Grease pan and bake at 350° for 1 hour. I like mine in a bundt pan.  I also made an apple cider glaze to go over the top - just powdered sugar and apple cider. I don't know the actual measurements because I just poured until it was the right consistency.  The apple cider glaze was AMAZING.

Skip two days and yesterday I made Pumpkin Chocolate Cheesecake Bars from Keep It Sweet Desserts, another recipe linked to me on Facebook. I tried to make these to take with me to work last night and share with my coworkers, but I failed to realize after baking they needed to be refrigerated for at least 4 hours. So I'll bring them with me to work tonight... if I don't eat them all first. These are YUM.

The only difference between my version and the recipe is I made a graham cracker crust instead of gingersnaps, only because I couldn't find gingersnaps at the store. And I also nearly DESTROYED the whole thing by accidentally pouring in ALMOND EXTRACT instead of vanilla. The bottles look the same! I don't measure out my vanilla, I just dollop it in and as soon as I did and the color was clear instead of brown, I realized my mistake and immediately scooped out the whole area I'd poured into with a big spoon. I think some of it still seeped into the mixture but not enough to ruin the batch. I could still smell almond and when I tasted the batter, it faintly tasted almondy, but the finished product tasted fine. Whew! 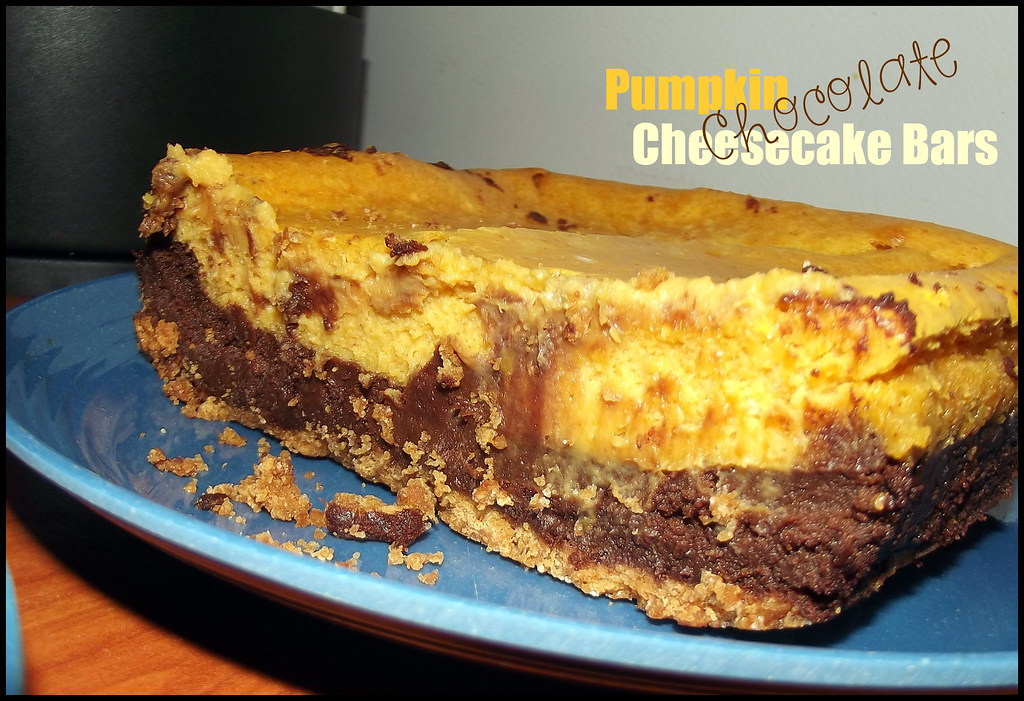 1
These may not make it all day.
Posted by Lori Arnold at 8:49 AM
Email ThisBlogThis!Share to TwitterShare to FacebookShare to Pinterest
Labels: food, home, pumpkinpalooza, recipes