Today's Pumpkinpalooza dish was Traditional Pumpkin Pie. No frills, no extras, just the recipe straight from the back of the can. 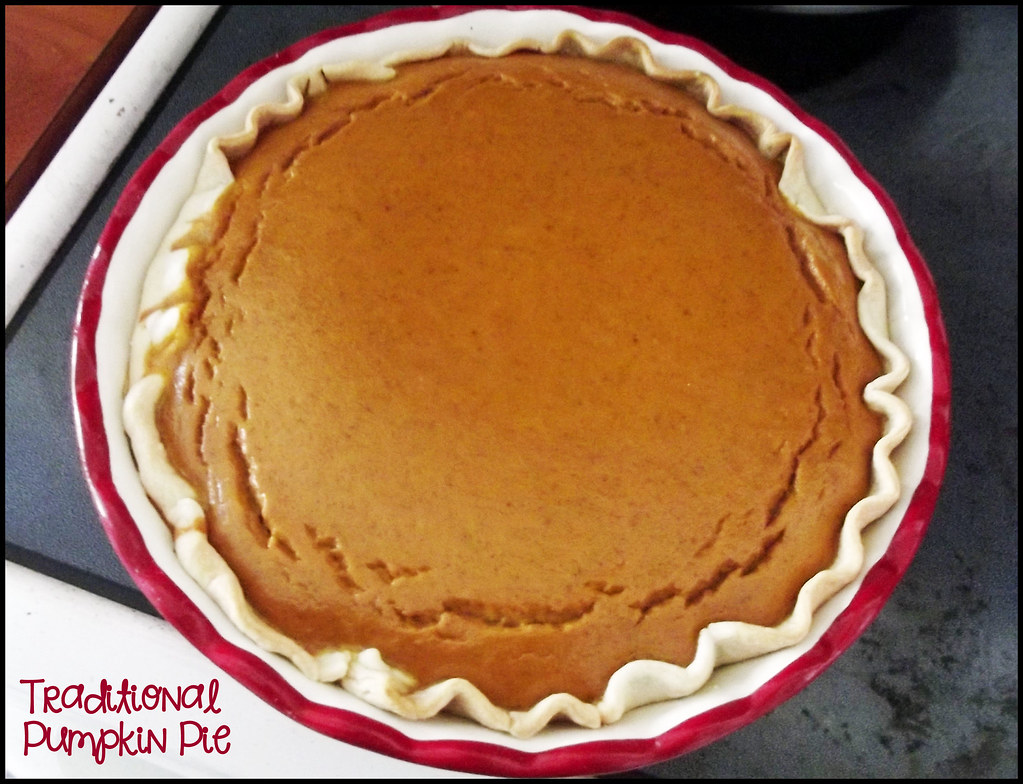 It's so basic, I'm not even going to include the recipe. I'm not even sure it would plagiarizing if I did, though, because the recipe is so traditional. And as evidenced from the photo, I have no idea how to keep a pumpkin pie from cracking. If you really want to find out, you'll have to just look it up, because every pumpkin pie I've ever made has cracked. I did, however, as a first, keep the crust from burning with my Pampered Chef Pie Crust Shield. (Just a little plug for my business there.) It really works. 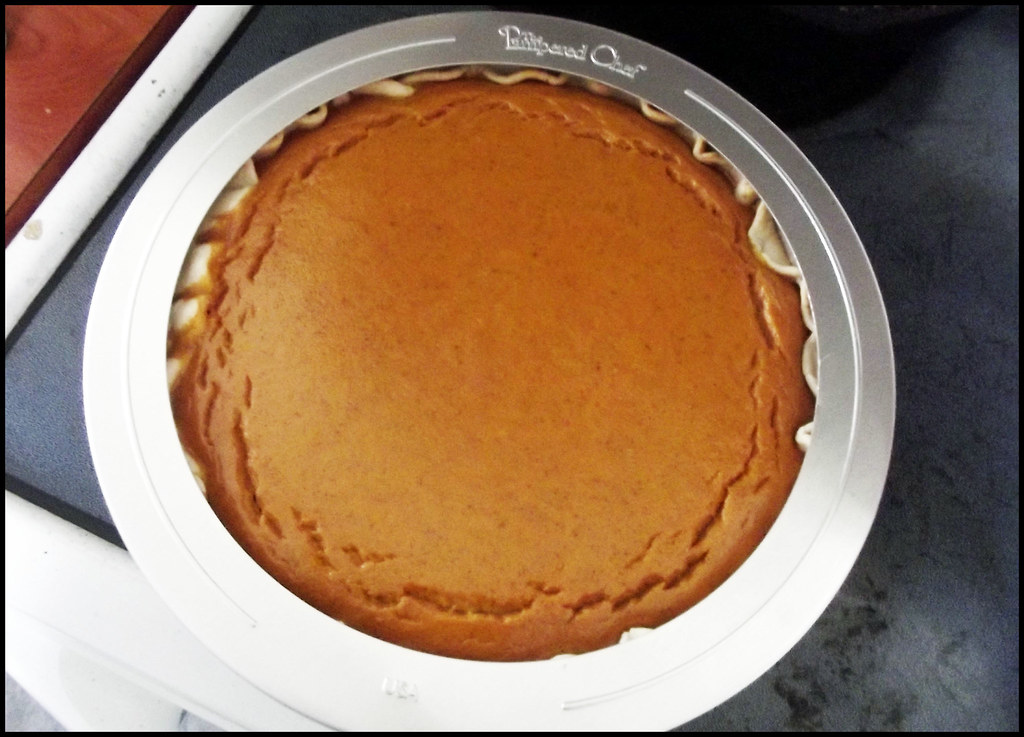 We had my dad over for dinner tonight, since his wife is visiting family in Georgia, and we were pretty sure he has been subsisting on Marie Callender frozen dinners for the past week. I made a practice Thanksgiving run with stuffing and sweet potato souffle and a roast chicken (rather than turkey) and, of course, pumpkin pie. The stuffing and sweet potato souffle are the same recipes I've been using since I moved out on my own in college and had my first college-friends Thanksgiving dinner like Felicity always did, and had to call my mom for instructions on how to make everything. Those same pieces of scrap notepad paper that I scribbled those recipes down on with the phone propped up against my shoulder are still the recipes I use today, immortalized for all time in my scrapbook recipe book. All of it is made from scratch - usually right down to the homemade (well, Oxo cube made) chicken broth, though today I cheated and used canned like my mom would. I would never use a can for real Thanksgiving though. That's just shocking. 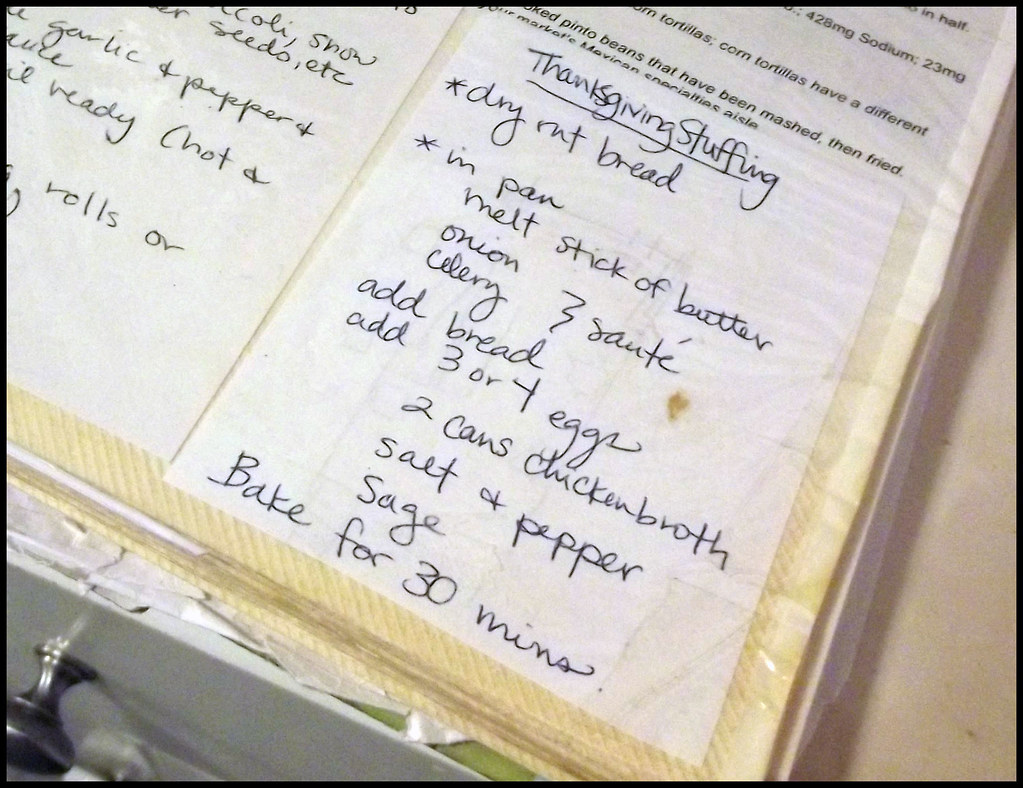 The cooked rotisserie chicken was store-bought, however. That was me cutting corners. I was only doing a Thanksgiving practice run so I could have the excuse to make pumpkin pie and have something for my daddy to eat that didn't require the plastic peeled back before microwaving on HIGH for 3 minutes.