Since my previous (and disastrous) pumpkin hot chocolate attempt, I've been wanting to try my own version. It turns out, as I've come to realize, pumpkin in and of itself doesn't taste like much and it's the spices that make all the difference. So here's my (much tastier) hot chocolate recipe. 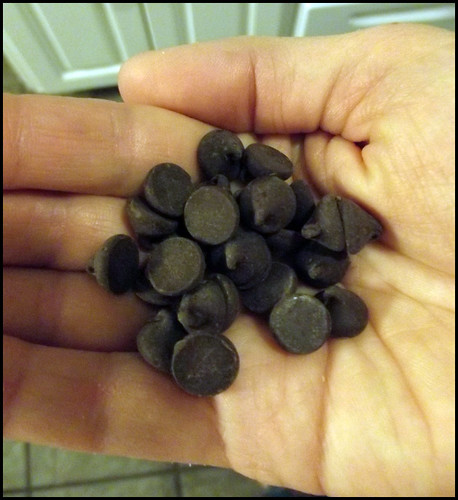 Combine coconut milk, cocoa powder, sugar, pumpkin, and chocolate chips (and cinnamon/ pumpkin spice if desired) into a microwave safe mug and heat for 2 minutes, stirring halfway through. Top with whipped cream and sprinkle cinnamon over the top.

This recipe could easily be de-pumpkinized by just leaving out pumpkin puree and the cinnamon spices and sprinkling the top with cocoa. And marshmallows. If I'd had marshmallows, they'd be in there too.

It's not too sweet so if you love super sweet hot chocolate, consider using sweetened coconut milk (or sweetened soy milk would work). I like the vague coconuty taste, and in fact, sprinkling a little coconut over the whipped cream would probably be nice too. Enjoy! 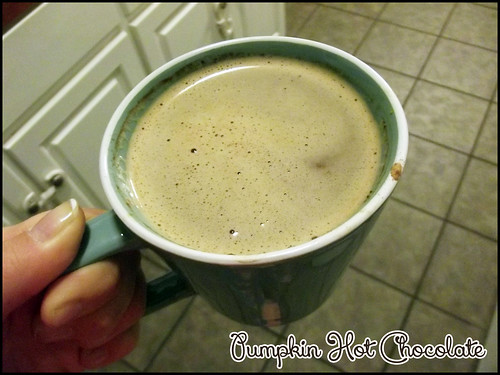 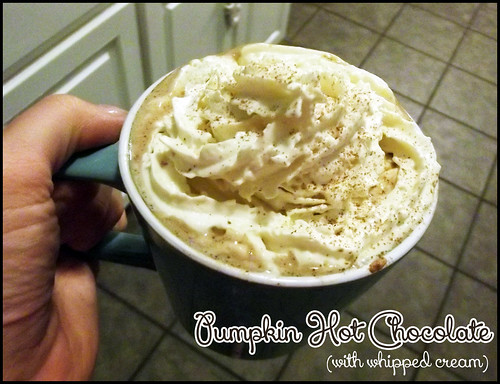