Lolly may now be my girly girl, but she's also always had a tomboy streak. When she was three, she wanted to do both ballet and football (soccer). She was the only girl on the 3-5 year olds mini-kickers class. One of the things that excited me about moving to America was popularity of girls' soccer. She and Fifi both signed up for soccer last year, and Lolly played again this season.

Last year, Lolly ended up on a team of six great little kids with great parents and a great coach. The team requested to stay together for the Spring season, and this year, we all requested to be together again for a third time. The team has played a total of 26 games - and they have won every single one!

At their very first practice, Coach Brandon asked them what they wanted their team name to be. The kids shouted out some silly ideas, and Lolly shouted out "bananas!" The kids all cracked up, and the coach asked, "Little Red Bananas?" (because the uniforms are red) and the kids cheered. The Little Red Bananas were born. Yesterday was their last game of the Fall season, and they had their party this evening. Lolly has really caught on to the game this year, and rather than spending most of her playing time keeping a short, safe distance from the ball or pretending to be too tired to run with sagging shoulders and a pained look on her face or staring off into the clouds, she has been getting right into the game, scoring goals and using the skills she's learned at practices. The last several games have seen a real improvement in her playing and have included quite a few goals too. So it was well-deserved that she got named Most Improved Player at their party tonight! I'm so proud of all our wee bananas. Look out, UEFA, the Little Red Bananas are on their way! 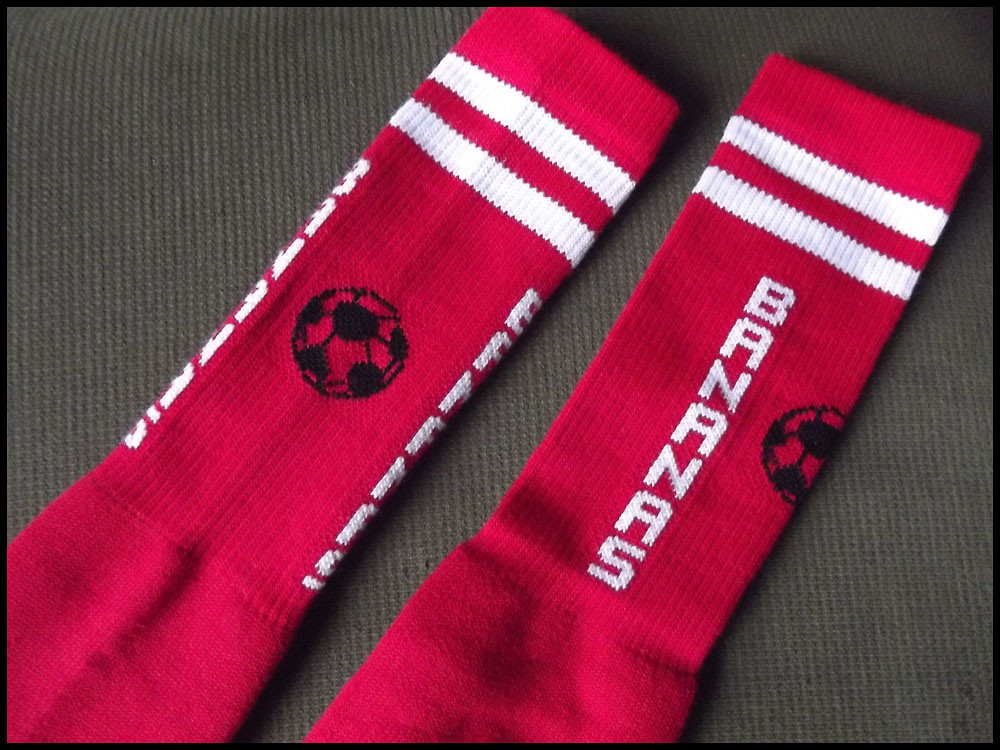