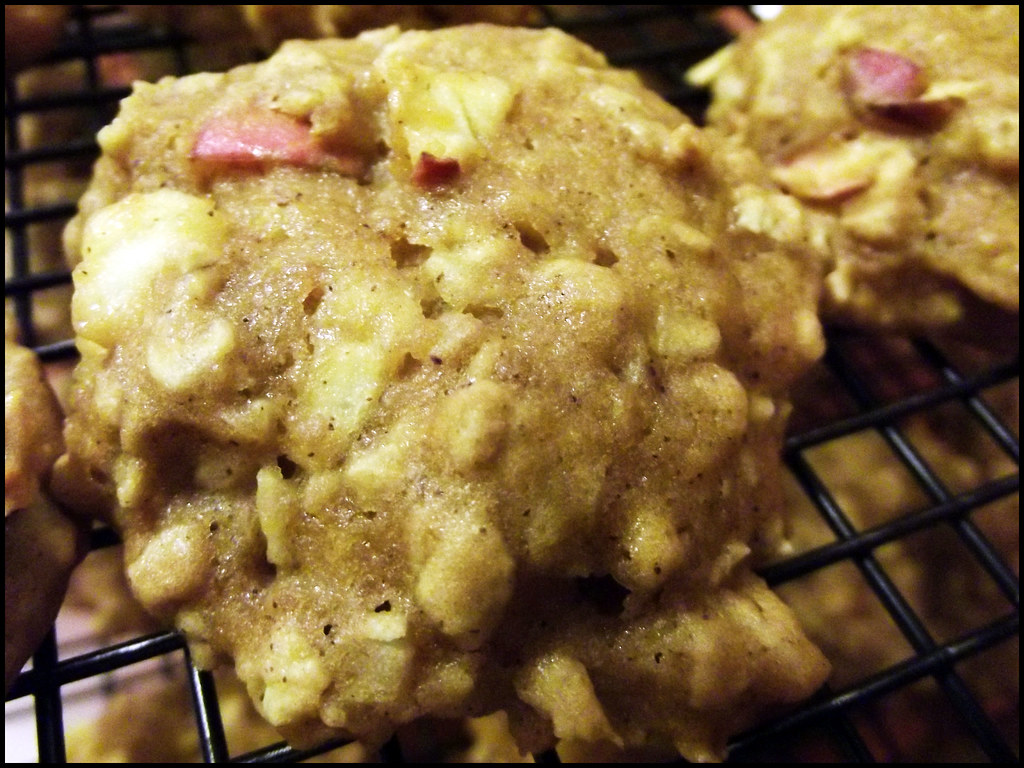 A few weeks ago, a woman who used to work at the community center passed away. One of my co-workers began arranging food and casseroles for the family, liaising with the family's church to arrange food for every night of the week for several weeks. It was very touching to see so many people rallying around a family in their time of grief. I began wondering if anyone would rally around my family if tragedy ever struck. We have some friends, but we don't have a church or a community like that to jump in when times are tough.

If I'm honest with myself, I have to admit that there are things about church that I miss. I haven't been to church in about ten months - with the exception of my niece's dedication - and for the most part, I haven't missed it. But there are aspects of church that I do miss.

Community
A little while ago, a friend of mine said the thing she misses most about church is the community. At the time, I couldn't relate. I didn't miss the church politics, the gossip disguised as prayer requests, or the hypocrisy at all.  I was still too close to the grief and anger to remember anything other than those things about church. But as time has healed the hurt, I have begun to remember all the good things about the church community: the get-togethers, the automatic friendships, the common bond. While I don't at all miss the religion part, I do miss the community. I miss belonging to a group. I miss knowing that there are casserole coordinators who would feed my family for a little while if I were to die and leave Scott in charge of the kitchen.

Group Singing
I love singing. If you ever pass me on the freeway, it's unlikely I'll even notice you because I'll be too busy singing along to the radio at the top of my lungs to see you waving wildly. My favorite part of church was the praise and worship time, because I love to sing. I loved leading the worship at church too, because I love to sing. I have yet to find anything short of live concerts in the secular world where corporate singing is normal. I should join a choir.

Potlucks
Okay, the reasons are getting a little frivolous here, but seriously. No one outside church does potlucks! Why is that? I love making something interesting and creative to share with a group - and I love eating all the interesting and creative things everyone else has brought. I miss church potlucks. I especially miss that person who always cheated and brought in the bucket of KFC chicken legs. I miss the three different varieties of baked beans, the cheese dip, the potato salads, the mystery casseroles and the entire table full of desserts. And the banana pudding. Oh, someone always brings banana pudding. Bless the person who brings the banana pudding!

(And bless my book club, because they sort of do potlucks too.)

Today I attended my second MOPS meeting - Mothers Of Preschoolers. I went a few weeks ago for the first time with a new friend Victoria, and this was the next meeting on the schedule. Last time was a craft day, so I was curious to see what the discussion day would be like. Would it be super churchy? Would I feel out of place? I was actually feeling pretty nervous about it. 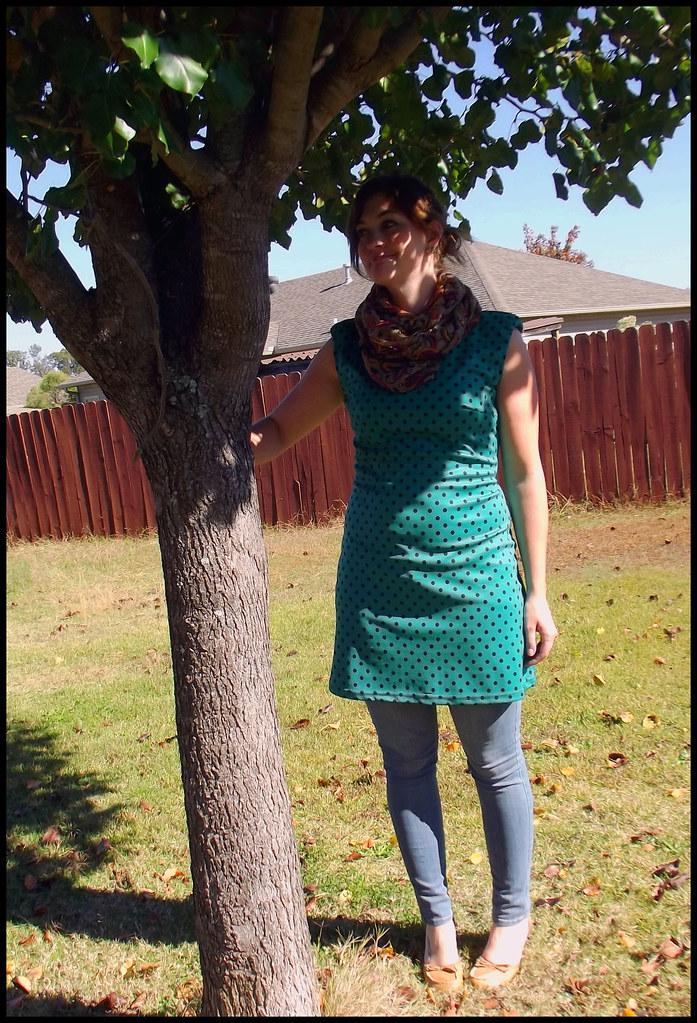 Somehow last time, by simply sitting at the first table with spare chairs, I ended up getting myself assigned to that table. Earlier in the week I was included in a group text from an unknown number saying it was our table's turn to bring food. I didn't even know I was a part of a table, but I love bringing food! Potlucks! So I offered to bring something (pumpkin of course) to contribute. I got up this morning early enough to get make-up on and put on a cute outfit (new skinny jeans, heels, a cute dress, infinity scarf), and I made apple pumpkin breakfast cookies*. I was really quite excited about all of this!

When I arrived, the nerves hit me like crazy. My hands were actually shaking as I put out the cookies on my pretty three-tiered cake stand. Why was I so nervous?

I am not entirely sure, but I think it was because I really, really wanted to like MOPS. And I was afraid I wouldn't.

It has so many of those qualities of church that I miss. The community especially. I really want to make new friends, socialize my son more, and have a thing I regularly go to. I am so desperate for a community  But I felt very vulnerable.

Will they still like me when they find out I'm not a Christian?

Will they accept me when they find out I'm not one of them?

Will they view me with suspicion or keep me at arms length if I use the A-word?

Will they try to (re)convert me?

Am I going to end up considered a missionary project, rather than a friend?

I was already prepared for the praying and the Bible verses, and I was okay with all of that being a part of the group's purpose. I just worried about fitting in. Believe it or not, being anything other than some denomination of Christian makes it very hard to fit in here in the South.

So after I shakily put out my cookies, I filled my own plate with the Orange Table's delicious homebaked goodies and poured myself a cup of coffee and took my seat at "my" table. Victoria was already there, giving me someone to talk to and chill out a bit with. We small talked around the table before the announcements started, and then we had a speaker. The speaker was rather entertaining - he did a magic show which he then tied up with the topic of discussion "Taking Risks". Then it became table discussion time. The table leader went through four discussion questions like "When did you take a risk?" and "How will you teach your kids to take risks?" Girls at the table, timidly at first, spoke up to answer some questions, and eventually the conversation began to flow a little more. Nothing ground-breaking was said, but I got the feeling that a few people who needed to speak got the opportunity to do so, and I was touched by that. Afterwards, someone suggested arranging a table-wide play date with our kids. By the time we left, I felt I'd made a few acquaintances and had three new events to mark tentatively on my calendar - a play date, the Ladies' Night Out and the Christmas party. I even caught a couple of names.

I'm feeling optimistic about this group. I enjoyed it this morning, and I think I'll go ahead and join. I still feel nervous, afraid of how things could possibly change once it comes out that I'm atheist. But as my friend Esther said tonight at our kids' swimming lessons, if they don't accept me, they aren't acting like Christians. It was comforting hearing that come from a Christian, because while I know that this is true, and while I myself had tons of non-Christian friends when I was a Christian, I also can't help but notice how un-accepting some people can really be. It sucks being vulnerable; it's hard walking into a room full of people, knowing you are different, especially in such a culturally unwelcome way, and hoping to make friends.

I just want a community again. One with no strings attached. And singing, they need to add singing. 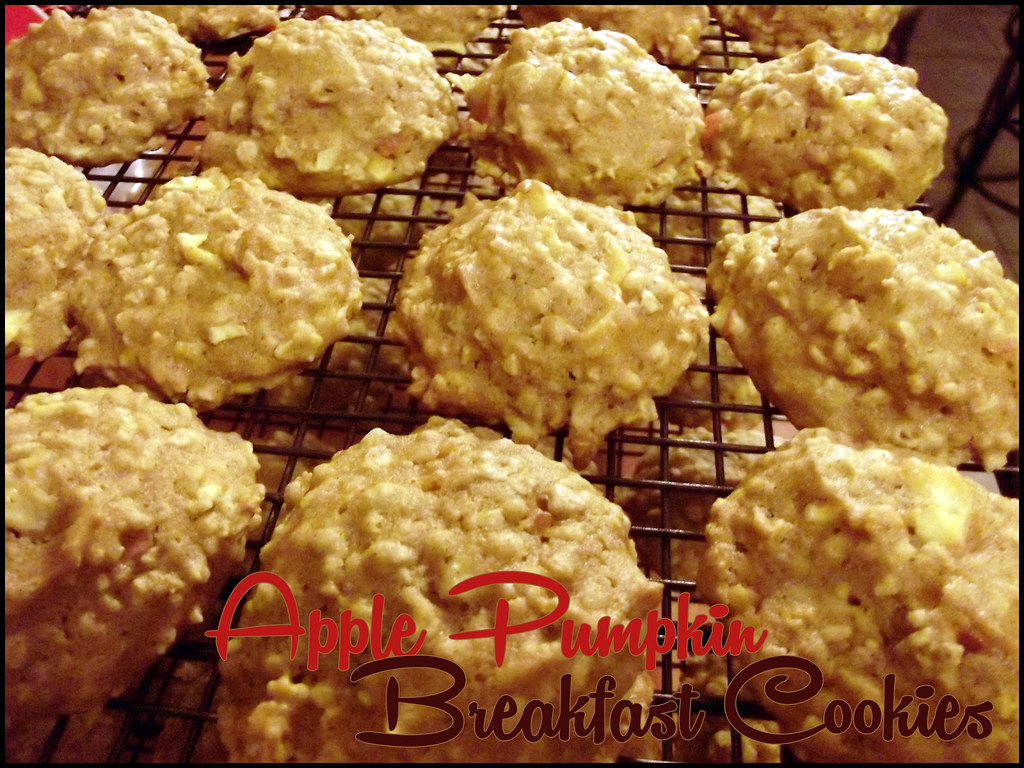 I had picked out a recipe for Paleo Pumpkin Breakfast Cookies, but when I actually went to make them, I realized the recipe called for a few things I didn't have, like almond butter. So I searched and searched for a recipe that included ingredients I already had, and finally came across this one from Nestle (boo, hiss!). I didn't have every single ingredient, but I had enough substitutes to make it work. I ended up adapting the Nestle recipe somewhat and the end result was Apple Pumpkin Breakfast Cookies. They were very good, especially straight out of the oven! They are a little cakier than I wanted, and stickier because of the apple sauce, but still really yummy. The recipe makes over 5 dozen, so we actually have quite a few left. Someone needs to come over stat and eat them for us.

Mix dry ingredients - flour, oats, baking soda, cinnamon and salt in small bowl. In larger bowl, beat butter, applesauce, brown and white sugar on medium speed until well combined. Beat in pumpkin, egg and vanilla just until mixed. Mix in apple. Scoop onto a greased cookie sheet and bake each batch for about 14 minutes at 350°F. Cool on wire racks.

I used a medium scoop and got five dozen and four cookies out of this recipe. And like I said, straight from the oven, these are heavenly. At room temperature, they are a little sticky, so I'm going to refrigerate them tonight to see what texture they come out when cold. Pretty good recipe. Will I make them again? Maybe. Maybe if I get invited to another potluck. 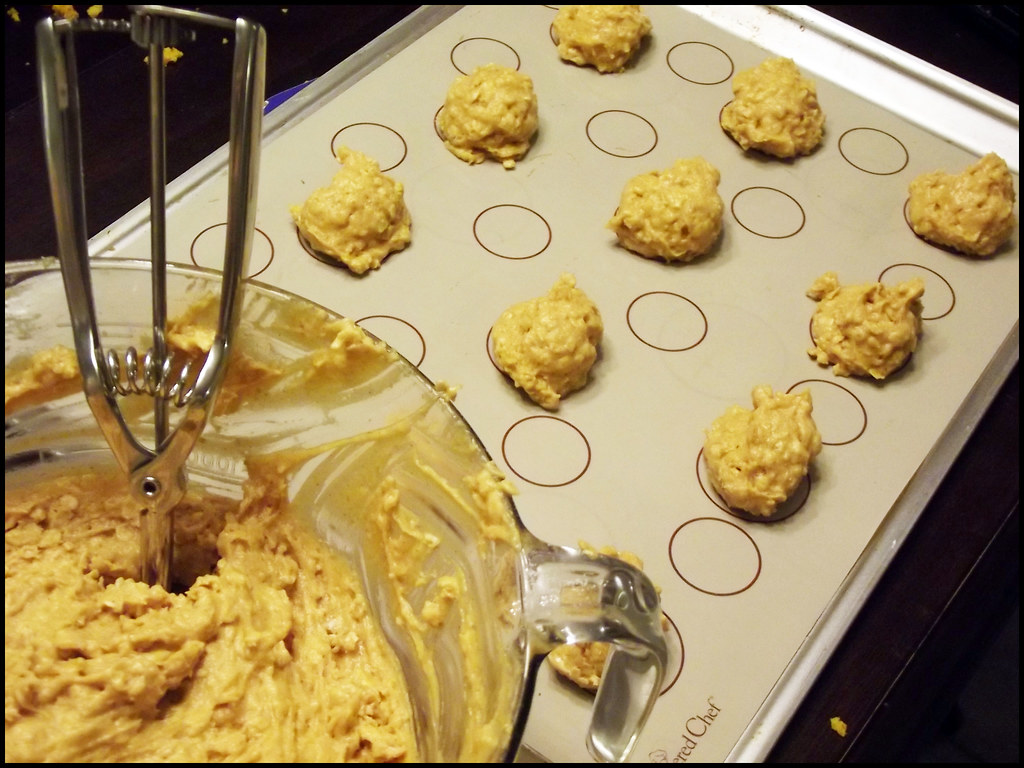