I consider myself an adequate, even good, baker. I can make delicious cookies, cakes, and breads from scratch. But I'm also a busy mum and have no shame in the fact that unless it's an occasion (or a weird month long food fetish), I will often resort to a mix. I learned long ago (from my own mom, passing down kitchen wisdom) that the oil in a cake mix can be replaced with applesauce for a less fattening option. (Now that I *on a good day* *obviously not this month* eat a low carb, high fat diet, I don't feel so grossed out by oil, but still.) After baking with pumpkin for nearly a month now, I feel I've come to be a bit of an expert on the science of how pumpkin interacts with baked goods. So I wanted to test my pumpkin hypothesis and see if it acts similarly to oil like I predicted. I bought a Devil's Food cake mix for 99¢ at Kroger and made cupcakes. 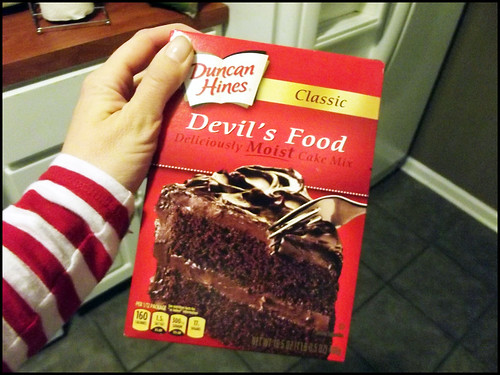 I simply followed the directions on the back of the box - combine mix, 3 eggs, 1 cup of water and instead of 1/3 cup of oil, 1/3 cup of pumpkin puree. I whisked it all up with a hand blender, and the batter appeared to have the right consistency. I taste-tested the whisk... tasted good to me! 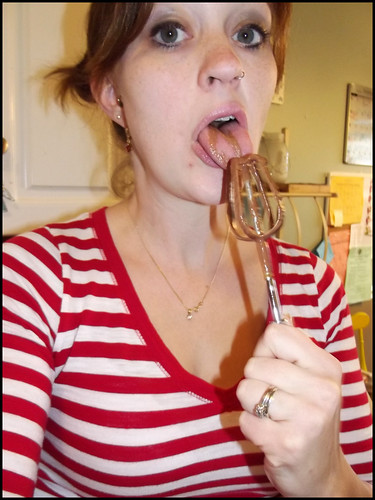 And then I baked them. I baked them for the time stated on the back of the box for cupcakes, and they rose and baked throughout just as they were supposed to. The science behind it had worked! 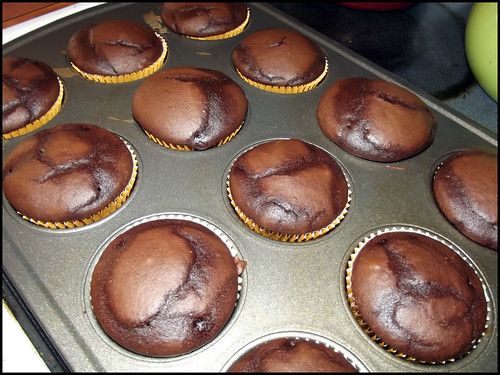 But. How would they taste? Pumpkiny? Weird? 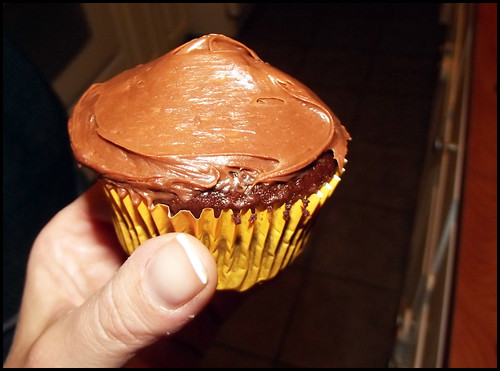 Drum roll please. They. Were. Perfect. I've used this particular mix before with oil and with applesauce. Both ways turn out great cupcakes. But perhaps it's just my obsession speaking, but I felt the pumpkin added a smooth velvety-ness that the other two ingredients don't quite match. They were a wonderful texture - not too light but not too dense - and were just... smooth. That's the best word I can come up with. I topped them with a can of chocolate buttercream frosting and oh man they are so good.

After baking my first dozen, I mixed the remaining batter with cinnamon to see if I could bring out the pumpkin taste. I would've used pumpkin pie spice, but surprise surprise, I've run out this month! I think I added just 1/2 tsp since it was half the batter. The cupcakes with cinnamon didn't have a very strong cinnamon taste but the subtle cinnamon flavor made me think a little more cinnamon wouldn't be too bad, and the slight spiciness made me think I should try crushed red chili peppers sometime too. Chocolate and chili - yum. 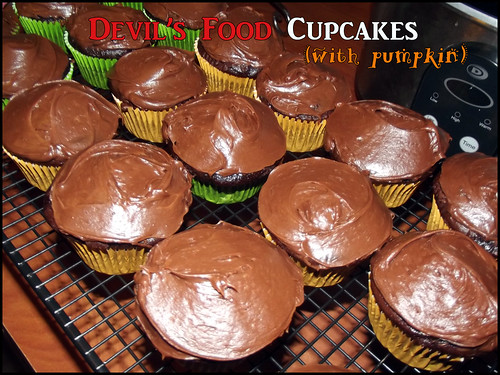 So there you go, another way to use pumpkin!
Posted by Lori Arnold at 9:31 AM
Email ThisBlogThis!Share to TwitterShare to FacebookShare to Pinterest
Labels: baking, food, pumpkinpalooza, recipes