All the walls painted a blueish shade of white, desperate to appear homey instead of clinical, swelled inward around her, as if trying to subtly choke her without the midwives noticing. Visions and beliefs, once so clear, blurred and spilled over her eyelids in suffocating silence, something akin to grief.

She had plans for this baby; she was going to shape this baby's soul and nature with these plans. All she had imagined for eight endless months was birthing her precious child in love and tranquillity in the peace of her own darkened home, in a pool of warm calming water. She was going to have a baby associated with that element, a gentle, flowing water-child, soft and peaceful and able to love.

She was new to babies and birth but had done all she could to be ready for this moment. Well, not this moment, but the moment of her dreams and plans. This moment engulfed her, frightened her, grieved her. She was being told that there was no chance for a natural birth, let alone a homebirth or a waterbirth, and the section would be booked for 39 weeks gestation.

Hours later, she gathered the blankets around her body up to her neck in the late afternoon, pulled-curtains semi-darkness, and allowed the sadness to slowly and warmly trickle over her. She spoke quietly but audibly to her unborn baby, telling her all plans she had for her, apologising to her for what would have to take place, and blessing the child who could live thanks to the very technology and science that so frightened her. She prayed her baby could still be born into the serenity she imagined would mark the child's life, though her entry into the world would be far from serene.

The day was booked - 2nd of February, Groundhog Day. But instead, four days earlier, her body once again resisted her intentions and bled its warning. She was brave but only briefly. Bravery turned to concern which turned to anxiety as doctors waited, stoic experts. Tears once again, this baby more acquainted with fear now instead of peace. Finally, she was wheeled into the room, more blueish-white walls, more homelike-attempts, and she greeted the moment she would meet this child who had consumed her every thought. Please, God, let there be calm. Though this baby will not flow into the world as she should have, bless this baby with the gift of sweet peacefulness.


******
The girl born into blood-soaked hands in a room of bright lights and irrelevant chatter was indeed blessed with sweet peacefulness. Her mother's wishes were granted, not in the way she had wished them, but granted nonetheless. Her daughter flows through life with cheerfulness, joy, kindness and gentleness, along with comical clumsiness, like green water tripping over a stony, crooked brook, squirrels and bluebirds giggling nearby. She is indeed her mother's water-baby, pure and bright and deserving of her name: "white, fair" Fifi. 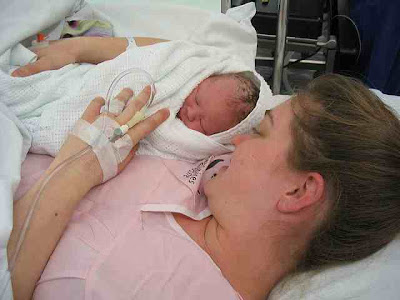 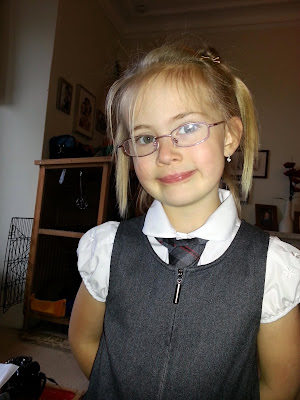