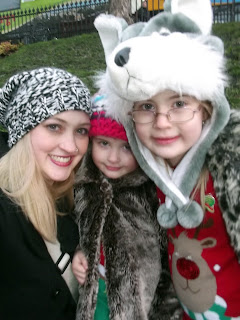 Yesterday morning, we all awoke bright and early to drive to Edinburgh for our Advent Activity - visit old friends!

We arrived at Craig and Judith (and their two gorgeous children)'s house at quarter to 10 in the morning to the delicious smells of fresh coffee, bacon and sausages, haggis-stuffed mushrooms, and cooked tomatoes and eggs. Judith had made us an incredible spread for 'brunch'. After stuffing ourselves silly, and allowing an hour for digestion, we took the bus into the city centre where we met another two old friends, Bryce and Ashley, who were visiting Edinburgh on a short trip from Utah. Bryce, Ashley, their adorable youngest son, and the five McFarlanes enjoyed a pub lunch (well, we McFarlanes were still full from breakfast but managed desserts) and then a walk through the German market. We met back up with Craig, Judith and kids, and headed back to their house for the evening. The men left us women with the children (typical) and spend the majority of the evening in the Whisky Society, and we girls had gingerbread and a good catch-up while the kids played extremely well together. Finally, we ended the night with fish suppers from the chippie before all heading our separate ways again. 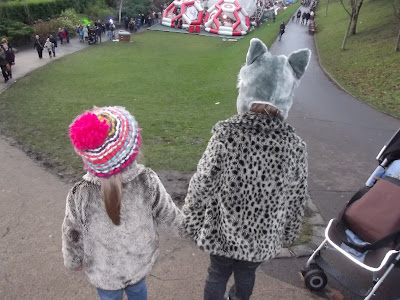 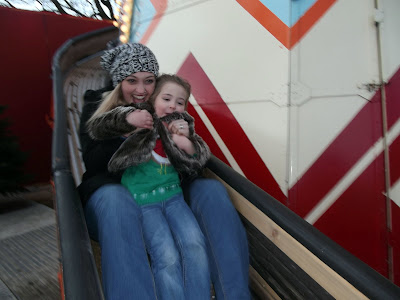 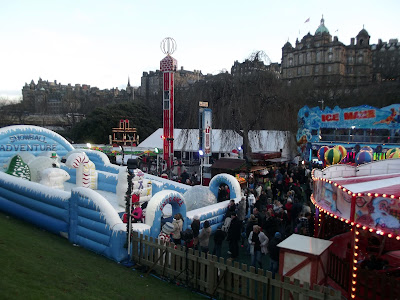 It's funny how some friends just ... don't change. Well, 'don't change' isn't quite right either; we've all changed enormously, considering when we first knew each other, we were all childless and free. Most of our memories together include late nights drinking gin and discussing theology, politics and the then very important subject of birth control (we were all natural family hippies in the making back then). None of us have really seen each other since having children, so all these years later, I worried we'd be so different we'd have nothing to talk about - but that wasn't the case! 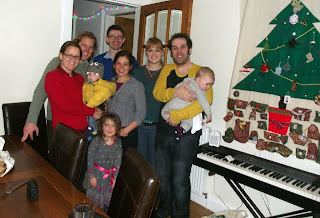 It was just a really great day. It would've been better, of course, if the rest of the folks from that era were there - Jonathan and Sarah (and their now two daughters), David and Neyir (and their now two sons) and Michaela (with her now husband and baby bump). And of course, wouldn't want to forget that Bryce and Ashley's eldest two boys were not present either. But all of them (us) are American or Canadian, with the exception of Judith and Craig, so everyone pretty much has moved back the North America in the seven years that have passed.

Thanks, everyone - especially Judith and Craig - for a wonderful day. We'll see you again soon, we'll make sure of it. It's not as if Edinburgh is actually that far away! As for the rest of you... someday, someday.
Posted by Lori Arnold at 4:52 PM
Email ThisBlogThis!Share to TwitterShare to FacebookShare to Pinterest
Labels: DeBloAdMo, friends