I'll let you just guess if we did our activity today.

Ding ding ding! If you guessed 'no' you would be correct! Today's activity was to make Christmas wreaths - never happened!

The kids came home from school, and I was all geared up to get out the tissue paper and the glue, but I got a text from the boys' mum saying they'd get picked up early, so instead, we made snack-time out of the cakepops from a few days ago. We melted some chocolate, poured sprinkles into a bowl and dipped cakepops into both. And then ate them. It was excellent fun. (We followed that unhealthy snack with a bowl of mango yogurt to even it out somehow.)

And off topic, I gave Jaguar a babyspoonful of unsweetened natural yogurt, and he was entirely confused/impressed. 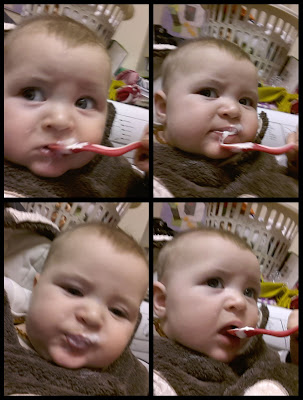 Anyway. We had fun with our cakepops. I still thought maybe we'd do our wreaths after the boys left, but we didn't. Instead, we had a girly+Jaguar night in while Scott went to the cinema with his mum, dad and sister. We ordered in Chinese, opened their presents from their friends Eva and Eden from school, and watched Frosty the Snowman in pajamas. The girls also bought snow globes (we had to pop into Tesco to get some photos printed - and while they were there they got to play with an iPad-operated remote control car!) and a Santa sticker book, so we played with those too. Sure we never did wreaths, but we had a good evening together!

I also finished a sewing project. I made a stack of Eco Reusable Sandwich wraps, all of [sand]which have already been bought and paid for, for my IntoBento site. [Sand]Which is still to be launched, sorry, dear Awaiting Public. 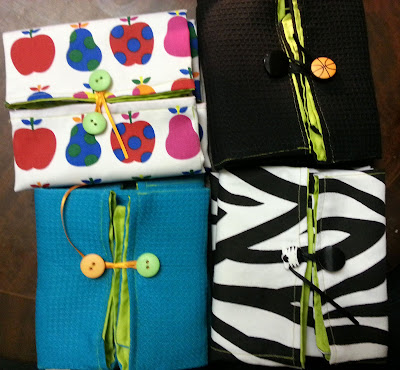 Will take orders for them though!

Tomorrow, we are off to Edinburgh to see friends Judith & Craig & kids, whom we haven't seen in years. Hopefully we can find their house... Scott and I aren't the best with directions, and we're worse when we try to find someplace together! But it's an early jump, so I'd better get to bed. It's nearly midnight.