You Can't Handle the Truth! 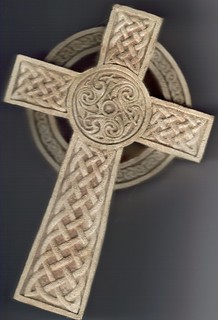 In the early months of 2014, I started writing in a secret blog to get some thoughts and feelings out of me that I wasn't yet able to say publicly.  At the time, I still felt very scared to "come out" as atheist. Since doing so, I've found people to be a lot more tolerant and accepting than I expected; that is, people who already know me to some extent and who read my blog.  As for how others would react, I'm not really sure; I don't generally share this information with people I barely know or have just met for fear of rejection, pity or getting mission-friendshipped. There have been many situations in which I've had a sudden, inexplicable urge to announce that I'm an atheist, but I don't.  Usually because it would be completely inappropriate (such as times when I'm surrounded by people talking about God's will and love and grace and whatever else, assuming that naturally everyone around them is in complete agreement) but also because I realize doing so would turn me into the opposition, the other, the opposite. While I don't see the Bible Belt as frightening a place to be an atheist anymore, and while I'm not as worried about how people will think of me, there is still a lot of truth in the words I wrote nine months ago.

Being anything other than Christian in the Bible Belt is a little like trying to walk a tight rope suspended above an enclosure of, say, hungry tigers. Admittedly it depends on where in the Bible Belt you are - some cities are more tolerant than others - but where we are, it's pretty "ropey" to be non-religious, and even worse if you are a confirmed "atheist". Though it's never happened to anyone I personally know (unless you count internet friends, in which case, it's happened to several people I know), I've heard horror stories of people losing their jobs over their (lack of) faith and being ostracized by their families and communities. Keeping our opinions to ourselves, in not only religion but also politics, has become our modus operandi. My husband doesn't talk about religion or politics at work, and I don't talk about them with other mothers at soccer practice or play groups. It's a little isolating, but it's what we do to survive. I imagine the small population of people with religious beliefs aside from Christianity or political affiliations aside from Republican feel the same way. (I remember me and my entire class shunning a girl on the playground in elementary school because her family was voting for Michael Dukakis instead of George Bush back in the 1988 presidential election.)

It's not that I'm ashamed of my new-found unbelief. It's more that to be an unbeliever is akin to being unvaccinated. It's as if people have this fear that if they come in close contact with an unbeliever, some of their unbelievingness might infect them, or at least infect the more vulnerable members of society. If an unbelieving child plays with their believing children, they might pass on some kind of doubt-bacteria which could start an epidemic. Christianity has practically eradicated atheism and agnosticism in the South; no one wants those few unenlightened families to interfere with the herd. Generally speaking, folks tend to have two reactions to someone who doesn't agree with their religious beliefs - proselytize or ostracize. (There are of course those wonderful people who choose to live and let live, for whom I am incredibly grateful.)

I'm not a rock, I'm not an island, so I do worry about being alienated. I grew up in this town, even though I lived elsewhere for fourteen years. I returned to this area a very different person than the young girl who left it. When I run into people who knew that girl, it's uncomfortable to reveal the woman I have become. So, it's not surprising what I said a few days ago to the dentist.

In all my thirty-plus years, I've never had a cavity. Until this year. So last week I went to my dentist's office for my first filling ever. I've known my dentists for most of my life. They are father and brother to the kid who was my best friend for many years. When we returned to the area, we chose their practice, because they are fantastic at what they do, and I know and trust them. While I reclined in the chair, waiting for the anesthetic to kick in, the senior dentist, my friend's father, came in to say hello, catch up a little on the fourteen years we've been away.

I guess I sort of asked for that.

And at the moment of truth, I wimped out.  "We're going to the Lutheran church," I answered.

I was surprised by my response. It wasn't a complete fabrication; it is the church we were visiting as a last ditch effort to recover some sort of mustard seed of faith before realizing we just flat out did not buy into it anymore.  But it's not the church we attend. We don't attend anywhere.

The answer satisfied him, and we moved on.  But I kept thinking about what I'd said, about  how hard it is to admit being atheist now.  I could imagine the look on his face if I'd told the truth.  Which would it be, a millisecond of sadness, disappointment or disapproval before reverting to medical professionalism? Would the conversation have become stilted, uncomfortable?

At the end of the day, my response was probably the most prudent one I could have given.  I hate being dishonest with others, untrue to myself, but I'll put both my hands up in the air and admit that on most days it's better than being pitied or rejected.
Posted by Lori Arnold at 9:57 PM
Email ThisBlogThis!Share to TwitterShare to FacebookShare to Pinterest
Labels: atheism, fears, life, religion, society