Traditionally (four years is long enough for a tradition, right?) I wear the dress as-is on the first day, as a sort of "Meet The Dress".  Today, I wore The Dress with my new beige patent wedges and with strings of pearls (all fake, obvs) - pearl earrings, pearl necklace, pearl bracelet, pearl anklet and EVEN pearl badge holder. For some reason, I felt the simple outfit looked better with my glasses too. 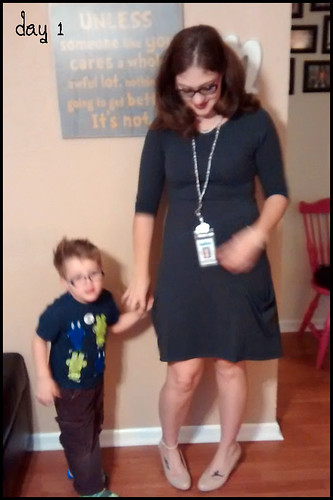 You know, there is just something about October. I realized today that for the past several years, it's been the month that sets the whole following year in motion. It's kind of like the start of my own personal fiscal year. Each October (thanks to ODP), I end up making my equivalent of a New Year's Resolution; let's call it my New October Resolution.  During October and ODP, I usually end up discovering what my "theme" for the upcoming year will be.

The first year it was Simplicity, learning to simplify my life and my belongings.  The second year it was Satisfaction, where AFTER simplifying my life, selling everything we owned, and moving to America, I had to learn to be satisfied with what we had.  Last year, I decided to embark on a year of Adventure.  At the time, Scott and I wanted this to include moving to Seattle (and we really thought we would, but the universe had other plans).  Though that did not happen, we still had a wonderful time with the adventure theme, going on small vacations and outings and moving to a new house closer to town.  He had his "year of change" where adventures included everything from getting his first tattoo to learning to eat cheese. For me, it meant taking life by the reins and making something of it rather than waiting for life to take charge of me. I published my book, and I got a new job. We had a lot of big and small adventures during the last McFarlane Fiscal Year, but now it's October, and it's time to learn something new.

I have an inkling of what that will be, but I'll let October decide for sure. 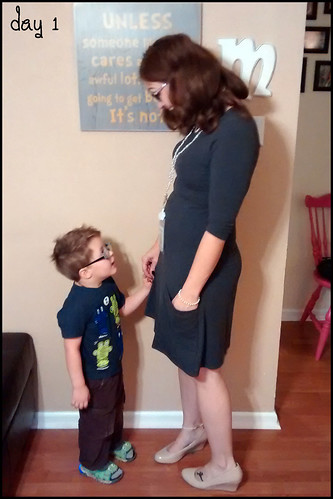