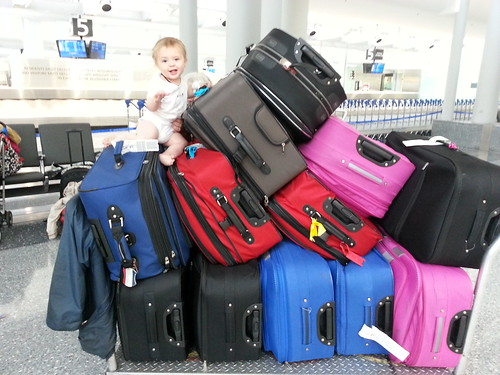 I guess I should say something about this.

Today marks one full year we've been in Arkansas.

On June 17th, 2013, we stayed up well into the early hours of the 18th finalizing our packing - re-weighing all our suitcases, re-evaluating WHAT we packed, double checking all our documents, and eating chicken pakora and drinking Diet Irn Bru with family: Kate, Faisal, Adam, Andy and Marion. The girls slept on the one mattress still in our house. Jaguar, Scott and I slept on the floor on blankets getting taken the next day to the charity shop. The only things in the house besides that mattress and our suitcases were a few boxes of things to be delivered by Scott's parents to various places the next day and a few boxes of things the family was keeping for us until we would be able to bring it over to America at a later date.

On June 18th, 2013, Scott and I, our three kids, and Scott's mum Marion drove early to the airport with Scott's Dad, Kate, Faisal and Adam. We ate overpriced bagels in a coffee shop at the airport. We cried and hugged and said our last goodbyes. We boarded the plane and flew to America.

We should've arrived in Arkansas that night, but our flight had a problem. There were massive thunderstorms in Philadelphia, our port of entry. Our plane circled for a few nauseating turbulent hours, before running low on fuel. We were redirected to Baltimore to refuel, where we sat in an un-air conditioned plane on a hanger for an hour and a half, not knowing what was happening, everyone panicking about their connections. Fifinally we flew back to Philadelphia to an empty airport. Everyone who missed connections were given hotel and food vouchers.

We, however, with our twelve suitcases, had to wait for another hour or so in that empty airport, with staff giving us odd, suspicious looks, while Scott went through his Port of Entry Immigration procedure. Fifinally, he emerged from the immigration room with the final stamp of approval from the US government and a green card, and we lugged our suitcases and children (thank goodness Marion was traveling with us!) out to the curb to wait for a shuttle to take us to the hotel. We had to get twelve suitcases onto the tiny shuttle. It was almost midnight EST, which was 6am our body clocks' time. We'd been awake for over 24 hours.

We got to the hotel and unloaded twelve suitcases. We checked in. We took twelve suitcases up the elevator and rolled them down the hall to our two rooms, where we had to fit them all. Scott and I ordered dinner for everyone, our food vouchers barely covering the price of even half our meals. A glass of wine was almost $10. We managed to crawl in bed around 1am. We had to wake up at 4am to catch the shuttle to the airport to board our newly booked flights.

Three hours later, on June 19th, 2013, we woke up and rolled twelve suitcases down the hall, down the elevator, out the door and back onto a tiny shuttle. We took twelve suitcases and three children off the shuttle and into the airport where we waited in the check-in line. The woman did not have proof that we had purchased those six extra cases and thank heavens I'd shoved the receipt from the day before into my handbag, or she'd have made us pay another $600 to get them on the flight. We boarded a flight to Little Rock, Arkansas.

At about 10am, we arrived in our new home state. My mom and step-dad were waiting for us. With two extra adults to help us, we loaded twelve suitcases, three children and five adults into two cars. We pulled into my parents' driveway. We talked for a few minutes and then fell fast asleep.

We've been here one year. Within that one year, Scott and our children successfully immigrated to America, Scott got a job, I started a business and got a job, Fifi started a new school and Girl Scouts, Lolly started and completed a homeschool program, we got a house (rental) and a car, our kids played two seasons of soccer, Jaguar learned to walk and say a few words, we got two cats, made several friends, visited Seattle, WA, and countless other things that I'm sure will start popping into my head as soon as I hit 'publish'. It's been a long, eventful year. It's been really wonderful at times and really sad at others. Over all, we are happy. We know we made the right choice. While we have no intention of staying in central Arkansas forever, this is where we are right now, and slowly I'm learning to be okay with it, happy even.

It's been kind of an emotional few days as I've reminisced over what these days were like one year ago. We said a lot of sad goodbyes and a lot of excited hellos all in a matter of days. But when I think of where we've already come in just the space of 365 days, I'm amazed. Life is good. We are good. And it's only going to get better. 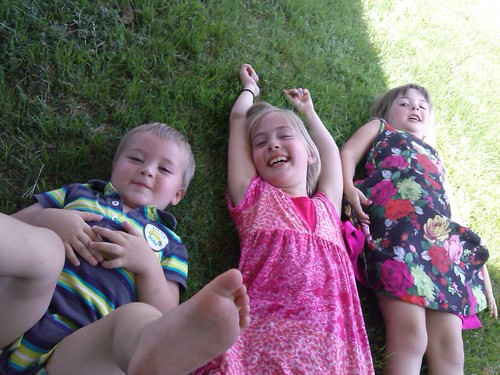