Hospitals, Singing Austrians and the Spiritual Upbringing of Little Children

Well, this week can be divided into three parts.

Well, for starters, we spent Monday through Wednesday in hospitals with Lolly. Hmm, how do I go into this story with the best impact?

Lolly severed her finger in a door and had to have it sewn back on.

Yeah, that sounds like a good way of starting.

Lolly got her finger shut in a door. I assumed at first it would just be a little sore, a little bruised... until I looked at it. People with weak stomachs, stop reading now. The end of her right ring finger was pretty much dangling off, with the bone protruding out the end and the finger and nail just sort of hanging there. Needless to say, there was a lot of blood too. And screaming.

I rushed her to Accident & Emergency, where they took her right away. Without even looking at the hand wrapped in a blood-stained kitchen towel, they weighed her and administered painkillers. I sat with her in my lap, singing whatever soothing songs could come to my head ("Mairzy dotes and dozy dotes and liddle lamsey divey...") , for what felt like ages. I kept asking when they were going to DO SOMETHING, but they said they really needed to wait until the painkillers kicked in before anything else. They all seemed so calm, like this was normal. (I guess to an A&E, it is.) Finally, the doctor unwrapped her cloth, bandaged up her hand, and sent us for an x ray. The x ray, thank God, came back clear, no broken bone. They then cleaned her up, put on another bandage, and delivered the bomb.

She would need to go the children's hospital in Glasgow to get the finger surgically stitched back up. And she would have to go under general anaesthetic to do it. And she'd have to wait until the following morning (this was around 4-5pm on Monday evening).

So we took our little girl, now feeling quite pleased with all the attention she was getting, home for a nerve-wracking night.

Early Tuesday morning, Scott and I drove Lolly (with Jaguar in tow), up to Yorkhill Children's Hospital. Because she was getting a general anaesthetic, she had to fast. She was a good sport about not getting breakfast. They quickly got a bed for her, and she had fun playing in the play room for a while. But as the hours passed, and she still didn't have a theatre slot for surgery, she started to complain about being hungry. She didn't complain much; she was actually an incredibly good sport, but I felt for her.

At about 2pm, they got her ready to go into theatre. Scott took Jaguar home, since Scott had a doctor's appointment booked and there was nothing we could do at that point anyway, and I took Lolly to the theatre ward. I held her hand while they gave her the gas to put her to sleep (the "sleeping potion", we called it) and then played the waiting game outside for about an hour and a half.  At least I got some of my Harry Potter reading done.

When she came back up to the ward, her entire arm was in a bandage, and she was still asleep. I kissed her, stroked her hair and waited for another hour or so for her to wake. When she did, she quietly looked around the ward and said, "We're back...?"

Scott and Jaguar returned around that point. The nurses told us as long as she was able to eat and drink all right, she could go home after four hours. At this point, that made leaving time 8.30pm. She'd also been without food for nearly 23 hours. She had some juice and toast.

Then she threw it up. Three times.

So we got dropped another bomb; she'd have to stay in overnight.

Obviously, this was not what we expected. In fact, we expected to have been long gone by then. We thought she'd get her operation before noon, and be home in time to pick up Fifi from school. We had no change of clothes for her, nothing. Scott and I both had work the next morning. I couldn't stay over night because of Jaguar. So in the end, Scott got to be Super Dad and stay in the hospital over night with her, sleeping in a little fold out cot in a busy, sad, sick children's ward, and I went home in tears, missing and worrying about my baby, to collapse in bed with Jaguar.

Oh and Fifi. We'll get to her in a moment.

The next morning at about 8, the doctors said she was free to go home once the nurses finished the paperwork, so Scott called to say I should come up after the school run. Knowing how these things take ages, I took my time getting up to the hospital, and arrived after 10. The paperwork was done, but someone still needed to take the IV out of the back of her hand.

Two hours later, we finally got the IV out and headed home.

Lolly's operation went well. The bone, as I said, was unharmed, and luckily, the tendon was in tact. The only lasting issues may be some nerve damage and a slightly deformed fingernail. It could have been so much worse, and we are so thankful she is okay. We know we had lots of people praying for her, so thank you!

So meanwhile, as all this was going on, Fifi was having dress rehearsals for The Sound of Music, in which she is playing the part of Gretl von Trapp. She has been rehearsing since January for this, and last night (Wednesday) was Opening Night. Sunday, Monday and Tuesday were all rehearsal nights, so Monday and Tuesday were a bit, oh, shall I say, hectic? Especially Tuesday. Luckily, I've got great friends who have helped us out so much this week (and great families for whom I childmind, who arranged alternate care on Tuesday so I could be at the hospital with Lolly). Sheila, Robyn, and Lee all helped out with childcare and getting Fifi and Jaguar to and fro as all this was going on. It's wonderful having friends who are there to help at the drop of a hat, and I am so thankful for all of them (including all of the friends who offered their help, like Catriona, Laura, and the list goes on and on). And oh, I'd be incredibly remiss not to mention family; Scott's mum and dad went so out of their way this week to make everything work out smoothly - thank you so much to you too!

Okay, anyway, back to Fifi's debut.

Last night was Opening Night. I dropped her off at the theatre at 6.30pm, and took my seat in the house at 7. A huge group of staff from her school were there last night, including her two teachers, Mrs MacLeod and Mrs Bannerman, and the Head Teacher, Mrs Ruddy. Also there were friends from the Parish Players, Pauline, Malcolm, Natalie and Arthur. Fifi had a good turn out of 'fans' (as she referred to them) last night.

And folks, let me just tell you, she was superb.

She still has two more performances, tomorrow night and Saturday afternoon. There are two casts of children, and the other children are on tonight and Saturday night. I really want to see them, too, as they are all really amazing also. I just can't believe the amount of talent these kids all have!

But, as if hospital trips and musical performances weren't enough happening this week...

This Sunday is Jaguar's Dedication at church. It's similar to a Christening, without the Baptism. (Scott doesn't agree with infant baptism.) It's basically just a committment to raise our children in the Christian faith, kind of how Hannah dedicated Samuel to God's work, without the leaving him to live in a temple thing.

With our moving date growing closer, and Fifi's musical, and then Lolly's accident on top of all that, I've hardly had a moment to even think about Jaguar's dedication. It's not going to be a big, elaborate ceremony or anything, but I feel badly for not having at least planned something special for it. I have ordered a big cake, which is at least something. And he's got a kilt to wear, which he better not poo all over right before church, so at least the photos will be cute. But that's about the extent of the planning for that.

Incidentally, anyone who wants to come along to the church on Sunday to see him get dedicated, you are welcome! (That is, assuming I know you in real life and you aren't some weird, creepy internet stalker.) I'll give you details if you ask. (Don't want to leave the details here for all the weird, creepy internet stalkers I apparently think I have.)

By Sunday afternoon, ya'll, I might just collapse. Until Monday when the work week starts all back up again.

And that's what I've been up to this week.  Phew! 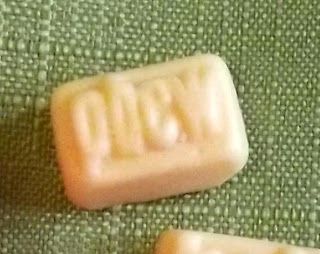