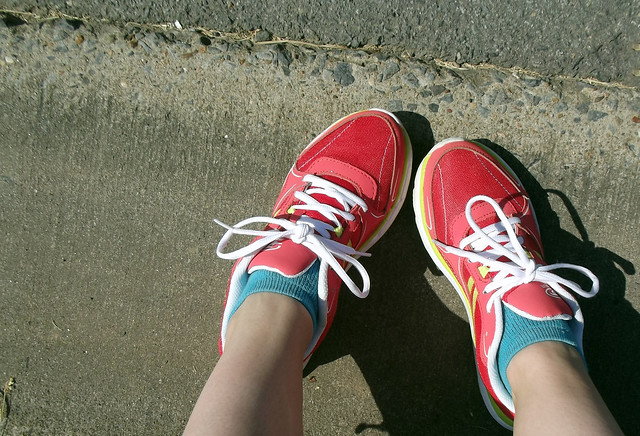 1. She's wearing make-up for a good reason. Two good reasons, actually. First of all, she decided to workout right after work, because she knew if she came home first, she'd never get back out the door. There was no time to wipe off the eyeliner and mascara she wore after her 8.5 hour day with no breaks and lunch at her desk. Secondly, she likes how she looks with make-up, so even if she'd chosen to put make-up on solely for the gym, who cares? If it makes her feel better about herself to see a reflection in the large floor-to-ceiling gym mirrors that doesn't make her cringe, shouldn't that be reason enough? Whether she's coming in straight after work or wearing make-up just for the fun of it, she's got a good reason.

2. She chose the gym over more destructive choices. She looks at her size 10 body and sees someone twice her size. She must tell herself on a daily basis not to hate that body in the mirror. She must tell herself daily to stop comparing it to the other bodies she sees, to stop wanting all the other bodies she sees and love the one she's in. Every once in a while, the temptations creep in. She has to make promises to herself not to starve, not to throw up. She has to promise her husband she will eat and will tell him when the temptations get too strong. She has to promise herself she'll be safe. Just last night, she picked up a bottle of Dexatrim and thought how easy it would be to buy it and hide it from her husband; he'd never know. She kept her promise to herself and put it back on the shelf. She chose to workout instead and do things the right way today.

3. She sometimes hides her tears behind the sweat.  Sometimes making it to the gym is more than just a battle against exhaustion or laziness. Sometimes it's a battle against the dark specter of depression that is always waiting behind a corner for her. Often she doesn't even know it's fallen upon her until she is lost in its shadow, like a slow dusk at summertime. When that happens, she spends a little time each day fighting back tears of helplessness. During an activity like exercise that leaves her mind so open to personal thoughts and feelings, the tears spill on their own. If she can pretend to others that the salty streaks on her cheeks are sweat, she will, because she's convinced she must hide what's really going on insider her. She is terrified of being judged for her weakness.

4. In fact, she only just barely showed up today. On those days, when depression has wrapped its veiled arms around her, she already has too many choices she's forced to make: whether to go to work or call in sick, whether to make dinner or just order takeout again, whether to pay attention to her kids or hide away from them, whether to talk to her husband or ignore him. The fact that she made a voluntary decision to do something positive for herself on top of all the other things she must decide to do is a huge personal win. It would always be easier to stay home and hide from it all. 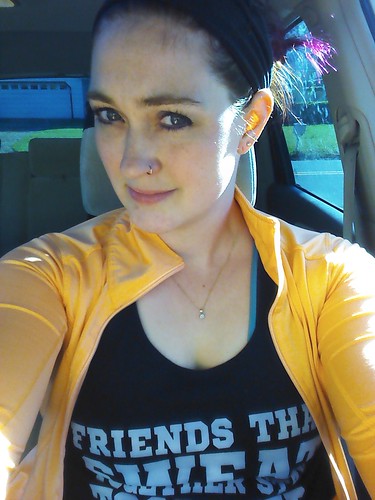 5. Regardless of how fast she can run or how much weight she can lift, she is strong.  Maybe she doesn't run very fast, but she chose to run today. Maybe she can't lift as much as she used to, but she chose to show up today. Some days she only accomplishes the bare minimum: go to work, feed the kids, go to sleep. But even on those days, she is strong. She has not given up; she has promised herself she will not give up. She can't always be the person she wants to be or that you expect her to be. Still, she keeps trying - not for your sake, but for hers. For her own sake she smiles. For her own sake she laughs. She takes deep breaths and makes many choices. She often hides the truth, but now and then, she tells it. This is how she churns her weakness into strength.