It's been unseasonably cool this year. Already we're in June and long sleeves are still appropriate. I, for one, love it. I'm a cooler climate kind of gal.

The cool (and wet) weather, however, has been a major buzz kill for the kids. The ground is swampy and soft, the grass is growing high because we can't find a time to mow the grass with all the storms and flooding, so the kids end up cooped inside the house a lot. This is uncool for many kids, but my Lolly especially can't stand it. She's a bouncy ball of a six year old, who reminds me of that movie Flubber where once it starts bouncing it never stops.

I've had a lot on my mind these past few weeks, a lot of stress, and it's making me quite a bit less patient than usual. I've thoroughly enjoyed the dull, wet weather, that allows me to lie on the couch with a book or take spontaneous naps, but the kids do not deem this appropriate. Instead, while all I want to do is relax and take my mind off everything, all they want to do is bounce, bounce, bounce all around me. And just as I imagine a bouncy rubber ball of energy wouldn't be able to listen to anything outside it's own boing, boing, boing, my kids seem to have lost the ability to hear me too. Especially Lolly.

Between Saturday and Sunday, I must have told Lolly three trillion times to STOP JUMPING ON THE FURNITURE. She and her little brother spent the greater part of the days bouncing from the couch to the rocking chair to the ottoman to the armchair to the coffee table back to the couch where I was lying trying to read my damn book. I seriously wanted to kill something. (Maybe one of the cute bunny rabbits that have decided our overgrown yard is the perfect place to frolic amongst the clover.) 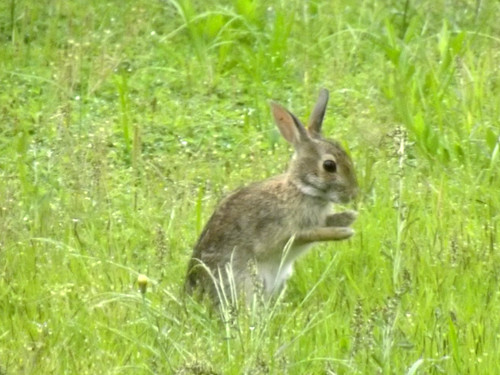 I screamed at them. I grounded them. I put them in corners and sent them to their rooms. I screamed some more. Finally resigned, I grumpily assured them that if one of them got hurt - which they certainly would - I wasn't going to feel sorry for them. So just do what you want, but don't come crying to me when you fall on your face.

It wasn't my best moment.

Scott and I decided we had to do something to let them expend some energy, so Sunday evening we took them to the indoor swimming pool. It certainly brightened everyone's moods. When we got home, Scott put Jaguar to bed, and I tucked in the girls. Lolly asked me to lie down next to her and give her a hug.

Lying beside her, I told her I loved her. "I love you, too, Mummy," she replied in a small voice.

I apologized for being a grumpy mummy. I told her we both needed to work on being better. So we cut a deal.

June is Lolly's month. Sort of. Scott's grandmother, Lolly's namesake, was born in June. I told her, "Tomorrow is the start of June. That's YOUR month in a way, because it was Gran's birthday month. Why don't we make a pact? If you promise to listen more, I'll promise to yell less. Deal?"

Lolly felt this was a fair deal. We shook on it and sealed it with a hug. "Remember in the morning, it'll be June. I'll promise not to yell so much, and you try to remember to listen and do as you're told," I reminded as I clicked off the bedroom light.


This morning Lolly woke up groggy. She's not a morning person. I asked her to go get dressed while I made her breakfast. After the third time asking her, I reminded her of our deal. I reminded her I wouldn't yell at her to go get dressed, but she needed to remember to do her part. She got up and got dressed. It was to be another cool day, and I made sure she had a cardigan on over her dress. It felt good to have a chilled morning with no arguing or shouting. It felt good to be cool.

So I have dubbed this month Cool June. In the morning, I'll try the name out on Lolly, see if she likes it too. We're all going to try to be cool for the next several weeks. I especially want to be cool. I like myself better when I'm not all twisted up in frustrated angry knots, and even if Lolly can't uphold her end of the bargain (she is only six), I want uphold mine. For her sake. For all the kids' sakes. For MY sake. I don't want to be the mom who yells all the time. I want to be the mom who's cool. 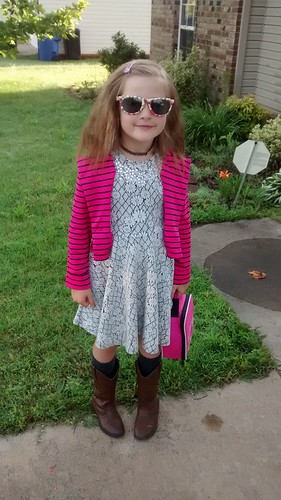 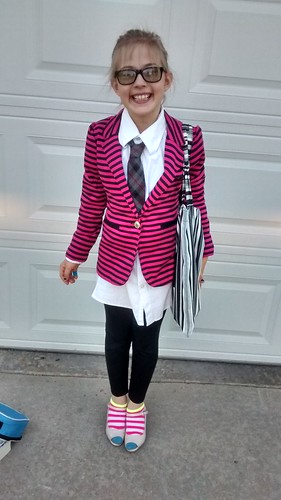 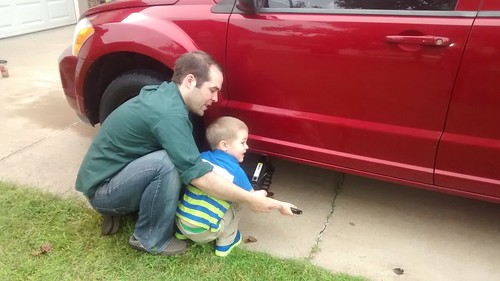