The Day That Love Won 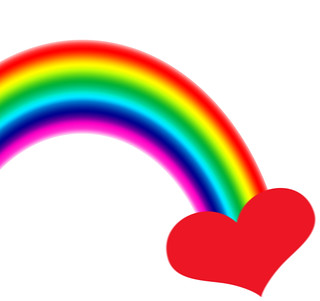 Approximately the same time I was doing burpees to "Uma Thurman" during Cardio Dance Party at the gym, it happened. The thing I've been waiting for with baited breath for months (years actually). The Supreme Court ruling on the ban on same sex marriages.

I didn't know anything had happened until I got in the car afterwards and turned on NPR. It was the Diane Rehm show, and I caught the tail end of someone mentioning how great this day is, how it's about time we have marriage equality.  The subject then changed, so I wasn't certain of what I was hearing. Then my friend Elizabeth texted me and confirmed what I hoped I'd heard.


All those people fortunate enough to hold full-time writing jobs in journalism or blogging have already beaten me to the punch, writing amazing responses to this historic ruling.  Meanwhile, I was juggling taking kids with me on errands, breaking up fights, playing on playgrounds, negotiating the terms of my new job (yes!), and making phone calls while bribing the kids with ice cream from McDonald's to keep them quiet.  Therefore I was unable to put in my two cents before everyone else said all the clever and awesome things.  Hashtag StayAtHomeMomBloggerProblems.

Truth of the matter is, I've got nothing new or insightful to say, nothing that will make me stand out or make my words go viral (a blogger's dream).  I am just happy. I am just relieved. I just want to add to the millions of words out there praising this decision that will go down in history.  In fifty years, if my blog survives, I want this day remembered. I was there. I saw it happen. I did a happy dance. (Really, I did.)

I look at my 666 friends on Facebook, and aside from the implication there that I am in cahoots with the devil, I can estimate that at least one-third of these friends of mine are gay, lesbian, or bisexual. (Not to leave out trans*; I just am not aware if any of my friends are in that category.) That's a lot of people I care about. That's a lot of people who have won something special today. That's a lot of lives touched in an incomprehensible way.

Some of them are legally married in other states.  Some have plans to get married soon.  Some are single but wouldn't mind meeting someone special one day and settling down with them. Some are "in the closet", unable to share this part of themselves publicly for fear of losing their jobs or close relationships.  Some who did come out have lost family and friends because of it.

This is such a win for all these people, and so many more.

I know there are many out there who are disappointed, outraged even, by this decision. While I can't pretend to understand, I can acknowledge that this is how you feel. I wish I could convince you that this is a good thing for my friends above. I wish I could show you that this does not interefere with your marriage or your beliefs.  I wish you could see that this is not an attack on religion, but a leveling of the playing field, an equalization of humanity, of love, of individual people's rights to honor the institution of marriage by joining themselves to the person their heart desires. In Justice Kennedy's words from his statement today:


No union is more profound than marriage, for it embodies the highest ideals of love, fidelity, devotion, sacrifice, and family. In forming a marital union, two people become something greater than once they were. As some of the petitioners in these cases demonstrate, marriage embodies a love that may endure even past death. It would misunderstand these men and women to say they disrespect the idea of marriage. Their plea is that they do respect it, respect it so deeply that they seek to find its fulfillment for themselves. Their hope is not to be condemned to live in loneliness, excluded from one of civilization’s oldest institutions. They ask for equal dignity in the eyes of the law. The Constitution grants them that right. (Page 28)

I wish everyone who is against this ruling could truly see it through the eyes of all my friends. I wish everyone could agree that while same-sex marriage is not acceptable to them for whatever reason - faith, most likely - it is still a human right.  It is still something that others should have access too. Disagree with it personally.  Preach against in church if you must. But please, soften your hearts just long enough to understand how deeply this affects so many of your neighbors, friends, and possibly even family members.  This does not have to change your views, but it does change their lives.

History was made today.  When I got home after the gym, I grabbed my kids and swung them in the air.  I told them all about what this means.  I listed some of the people they know by name and how this positively affects them. I tried to instill a bit of excitement in them so that one day they could tell their kids they remember Obergefell v. Hodges, that they remember the moment marriage equality was granted to everyone. Just this morning, I was telling Lolly about the Civil Rights Movement and Loving v. Virginia, and how not too long ago black and white people couldn't even eat at the same restaurants, let alone marry each other. ("But that's so mean!" she responded in horror.)  Now when she grows up, she can tell her children how not too long ago, girls couldn't marry girls or boys marry boys.  And her kids will thankfully be flabbergasted too.

(That is, of course, if she chooses to have kids!)


However. I hate to rain on anyone's (pride) parade, but there is still work to be done. There is still a fight to be fought.  Just like bringing down the Confederate flag from the South Carolina state house was a small battle won in a much larger on-going war, this too is just part of the continuing story. Absolutely the SCOTUS ruling today was HUGE, especially compared to a few flags coming down, but the fight for equal rights is not over.

I hate to be a downer, but this is the truth.  Just as Civil Rights was an enormous step in the process of equalizing rights for people of color, so too this is a huge step in normalizing same sex relationships. But just as the Civil Rights Act could not end racism, today's ruling will not end sexual prejudice. Fifty years after the CRA, we are still arguing over whether it's okay to fly a flag that has come to represent racial hate and bigotry over state buildings. In fifty years, we may still be arguing over the morality of homosexuality. I hope not. But I can say this:


P.S. For some of the best things I've read all day, visit these links.
To My Evangelical Friends Upon the Legalization of Gay Marriage (A great article)
Arguments For and Against Same-Sex Marriage (this one is from The Onion, so don't expect the depth of the former link!)

P.P.S. If you know someone who is LGBT and homeless or at risk of homelessness in the central Arkansas area, please contact Lucie's Place.

P.P.P.S.  So I don't end on a totally negative note, let me just say TODAY WAS AN AWESOME DAY! LOVE WINS,  ya'll! And congratulations to all my friends who can now enter my state as a legally married couple. (Ya'll know who you are.) THIS IS THE MOST EXCITING DAY!!! 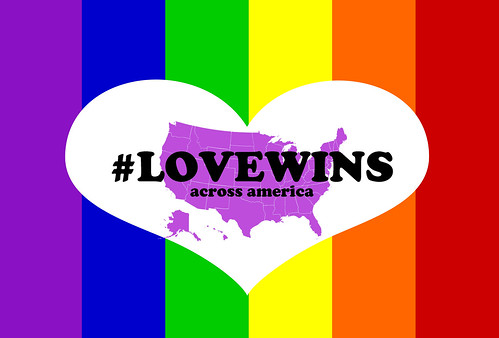