I'm not a prejudiced person. I'm not racist or homophobic or sexist or a bigot. 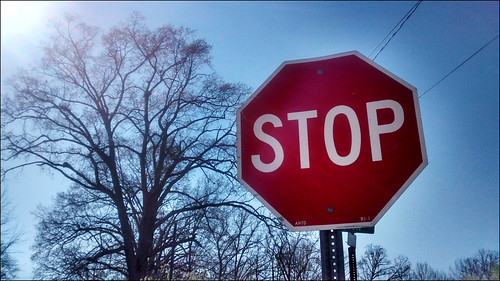 It's easy to test, right? Take homophobia, for starters. I am completely comfortable and at ease around gay people. I can make jokes without worrying I'm coming across as offensive. I don't wince when I see a man kiss a man or a woman kiss a woman. I support marriage equality. I totally get it; love is love and it doesn't bother me who loves whom. I can be totally myself around LGBT folks without feeling I have anything to prove - eg prove I'm not homophobic. Except... when I meet someone who is gay (either openly, obviously or assumedly), I immediately want them to know "we're cool". I immediately have the desire befriend them. Without even knowing them (knowing if they are nice or mean, boring or interesting, someone I'd have anything in common with or not), I want to like them, because, you know, "we're cool".

I have to wonder - is that just prejudice in reverse? Am I overcompensating somehow?

Or take sexism. Anti-feminist comments, sexist remarks and patriarchal attitudes infuriate me. I am completely against gender stereotypes and the boys-will-be-boys mentality or the pretty-in-pink girly girl thing. I believe women are just as capable as men, and men are just as capable as women. Yet when I first heard about the documentary Women Aren't Funny, my very first thought was they aren't. Replaced immediately by self slap on the hand and a recognition that that's exactly the problem; even we women are accepting the anti-female attitudes and lies. Or the first time I met a stay-at-home-dad, I had to correct my knee-jerk mental reaction dead beat.

Does having that instant reaction to women (or men) mean I'm actually a total sexist?

Take racism. I'm not racist. People are people, skin color is decoration. But I live in the whitest of white towns, and I am white. I acknowledge - with embarrassment - that I've got white privilege just dripping all over me. My parents and grandparents, while not wealthy, have also had white privilege serve them well, so somewhere down the line, my parents, easily obtaining jobs and living in nice, fairly safe towns, never being sent to inferior schools and forced to drink out of special water fountains, were fortunate enough to send me to private school for several years, pay for school trips to Boston and mission trips all over the world, and later pay for the college tuition left over after my scholarships, which has left me a well educated and well traveled young woman. Since then I've easily obtained many jobs, I've been pulled over a couple of times by police officers but sent on my way with just a warning, I've never been viewed suspiciously by strangers because of my hair or skin, and even when I totally look like I'm shoplifting by putting my hands in my coat pockets, I've never been questioned. In fact, my whiteness has been so advantageous that I actually don't even have a clue what setbacks black people or other minorities experience day to day in areas I take totally for granted.

When I start to dwell on just how lucky it is to be white in the United States, I feel guilty. Isn't "white guilt" just another branch of racism?

Or when I walk out of a store late at night in one of the surrounding non-white towns, and I see a group of black guys hanging around the parking lot looking at me and I feel an instant pang of worry followed by an instant rebuke of "wow, that was racist of me". Does this prove I am actually racist? Maybe, but I hope not. I mean, I immediately realize that any group of guys staring at me while I'm alone and vulnerable will make me feel nervous (because while I might be white, I am also female), but maybe I'd be less worried if they were white guys instead...

Isn't that racist too?

So, I often ask myself, am I a prejudiced person after all?

Do our first gut reactions of discomfort or disdain of the unfamiliar make us bigots? Or is it the following moments of realization and restructure that count for more and better define how tolerant we actually are?

A picture recently went viral of a woman in a bikini that had everyone cheering this mom on for being confident enough to show her imperfect belly on the internet. I was annoyed by the sexism implied - yay, a woman is showing her body and it's kind of flabby, good on her! - as if perfect bodies are the norm and she was a trailblazer for being imperfect. The question was asked, do people judge women for their bodies or do women just perceive they are being judged? (The answer is both.) My friend admitted that her first instinct often IS to judge, followed immediately by a self-check of non-judgment. I didn't think she was being anti-feminist by this admission; she was being honest. Human. Is it simply human to not understand what is not known? Is it going beyond human instinct to recognize we are uncomfortable by what is not known and to correct those feelings when we discover them?

I used to be uncomfortable with gay people. I couldn't get out of my head the idea of "ew, boys and boys in bed together". It was as if I assumed the whole point of their existence was to be gay. It wasn't until I realized my faulty thinking and began checking my discomfort over and over that I was finally able to see gay people as just people, like me. Who really are more than their sexual orientation.

I used to be very un-feminist. I believed women weren't funny or good musicians, and that they were unfit for leadership (because they were too emotional) and were designed to be helpmates for men. It wasn't until I recognized this faulty thinking and began to check myself over and over that I began to shed this socially ingrained attitude towards gender that I became comfortable with gender equality (and gender identity, which is something I am still in the process of checking myself on). I realized men and women, girls and boys, cisgender or trans, are just people, like me. Who are actually more than their gender.

I used to be uncomfortable around black people. When I left high school, I went to university and joined a gospel choir. I had never, in my white high school life, been in the minority until I joined that choir, where there were forty or fifty black students to seven of us whites. It was there that I realized how uncomfortable I was around black people (and how embarrassed I was for having come from such a segregated town). I realized that while I knew us all to be the same, I felt consciously different, separated by culture. I began to check myself and acknowledge when I felt "other". Since then I've come to recognize that racism in the US hasn't expired, and that it happens in ways I don't even notice. Like with sexism, some things are so socially ingrained, I don't always notice their effects or influence, but when I do notice, I check myself, restructure my thinking, because people of all colors are really just people, like me. Who are much more than their skin color.

So the question I wrestle with is: Are we all actually to greater or lesser degrees prejudiced people? Aren't we all, by default, bigots? Until we recognize the biases we have inside our own minds and hearts, we cannot help looking at the "other" as something to distrust. It's probably evolutionary, but we've long since out-grown the need for it and now it's just a roadblock, cordoning off the road to progress.

I'd like to believe that the more we each individually open our own eyes to our own prejudices, peel away the deep layers of fear and distrust, and teach the next generation how to do the same, our society will grow into a much more inclusive one, where "otherness" is something we love and enjoy and use to our advantage rather than quake and fight over.

I think it's okay to say I'm not a prejudiced person, because in my heart I don't want to be.


P.S. To follow up with a little bit of light-heartedness...