We Read To Know We're Not Alone

Wow. I must admit, I am amazed by the response to my last post!

I was bracing myself for the worst. I expected emails containing threats of hell (or condolences for choosing hell), calls of fake concern from people who otherwise never speak to me, and any other manner of general negativity. But I've been so heartened by the overall support and encouragement I've received instead. Even in the two or three emails promising prayer, which I genuinely appreciate because I know they come from a place that is good and loving, even in those, I have been shown nothing but love, respect and acceptance, not an ounce of reproval or condemnation. From the other many, many responses I've gotten, from people with a similar story or with similar feelings, I've been touched and encouraged by everyone's support.

I've always said I write for one main reason - to remind people we are not alone. Many people need to keep their feelings and experiences private, which is probably the norm. I don't know why I feel the need to be so open with mine, except for that desire to expel that loneliness in others. As I said to a friend the other day, I guess I don't mind being that scapegoat. There is also a little narcissism involved - every honest writer, I should think, would have to admit enjoying his or her words being appreciated and acknowledged by others - but time and again I find myself sharing (oversharing?) for the benefit of not only myself and my need to process, but for the benefit of others.

Sharing my story was not easy, as I'm sure you can imagine. My heart was pounding, my stomach was churning, my hands were shaking. "Coming out" atheist is not an easy thing to do, especially when you live in the Bible Belt. But now that I've done it, I can honestly say I am so relieved. No more hiding. No more pretending. No more beating around the bush. This is me. Take it or leave it, this is me. (I hope you take it though.)

Now that it's out there, I feel I can be so much more honest here on my blog, not to mention in real life. I'm not saying my blog will turn solely to the subject of religion, or the lack thereof, but it feels nice to know that now I can talk freely about what's going on in my mind without outing myself.

So thanks again, everyone, for your kind words and thoughtful responses. And since I'm on the subject of "reading to know we are not alone", I'll leave you with this little snippet from a chapter in my book. I have two chapters in which I give credit to books and authors who have spoken to me, reminding me that I'm not alone either. 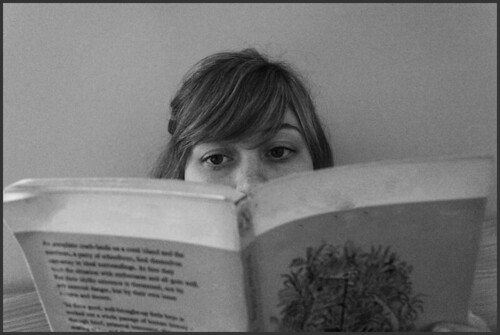 We Read to Know We’re Not Alone
-William Nicholson*

I also discovered the Christian author Philip Yancey during this time. Scott and I visited friends in Edinburgh one Saturday. We were only new friends, but I felt Judith was someone I could trust, and I shared with her a little of what I was going through. At the end of the day, in her quiet wisdom without saying much, she handed me a book and simply said, "It made me think of you." It was Soul Survivor: How Thirteen Unlikely Mentors Helped My Faith Survive the Church by Philip Yancey. In this book, Yancey details his own crisis of faith and discusses how the writings or teachings of thirteen different people, such as Mahatma Gandhi, Martin Luther King Jr, and Leo Tolstoy, brought him from the brink of unbelief. It spoke volumes to me. His discontentment with church and the Christian communities he’d been involved in mirrored to some extent mine. He wrote honestly about his struggles with faith, with which I intimately related. This book also introduced me to several new authors and books I would never have known of otherwise, including Silence by Shusaku Endo.

Silence might have been the single most life-changing book I have ever read. Literally. Without giving away any important plot details, Silence is a fictional novel about a Portuguese priest in the sixteenth century who smuggles himself into Japan in order to find out the truth about his mentor, rumored to have apostatized. His journey around Japan brings him into contact with multiple persecuted Christians in hiding, and the question of God’s silence in the midst of such persecution is the explicit theme throughout the book to the very end.

The theme of the silence of God pierced me like broken glass. I knew too much about God’s silence. I’d been withering under the shade of his silence for over a year now, wondering how long it would take for him to break it. That is, if he ever did. What made the book so utterly life changing was the realization that God may never choose to break the silence, and sometimes, he waits until it’s too late. I was coming to the same realization that the apostate priest had come to - that sometimes, God and faith just don’t work.


* No, that was not CS Lewis who said that. It was the Shadowlands screenwriter.
Posted by Lori Arnold at 10:34 PM
Email ThisBlogThis!Share to TwitterShare to FacebookShare to Pinterest
Labels: atheism, books, religion