I Am An Empath; And No, I Don't Believe In That 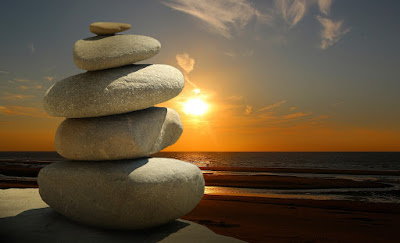 I like to wonder. I like to imagine. I enjoy being swept up in fantasy and being whisked away by magical moments. So when I talk about star signs, I don't believe that when the Sun reaches the northern vernal equinox, the babies born are all frank, fierce and fiery. But I enjoy reveling in being an Aries and fitting that description. I enjoy finding out what others' star signs are and seeing how they fit with their own astrological characteristics.

Similarly, I don't believe that any of us are actually connected spiritually by energies or in some spiritual realm. But I do believe (in the Disney magic sort of way) that we are somehow connected. It's a contradiction that makes no sense, but it makes sense to me.

A year or so ago, I came across the concept of an "empath". I love the dictionary definition of an empath:

I've already stated I don't believe in the paranormal. We evolved from who knows what and somewhere along the way developed sentience. Very cool. But not other-worldly.

In this magical mystical mind of mine, I can't help but be drawn to this concept. I have and give no evidence that a person can be an empath, but I can float away outside my skeptic's brain and call myself an empath with only a smidgen of sarcasm.

I have to state this again. Fellow skeptics, I know. It's irrational. It's unprovable. It is not based on scientific fact. But I'm living in my version of a spiritual world, so give me my mystical moment.

I have always felt this intensity of emotion. I have been told since I was a child "You're soooo sensitive." Everything in my life causes immense pleasure or pain. I don't live anywhere in the middle. To the point I've wondered if I have a psychiatric illness.

I'd rather believe I'm an empath.

I can tell when someone is hiding something, no matter how well they hide it. I can sense an unease in a room just by walking in, even if there is no obvious tension. Without even trying, I find myself leveling with others emotionally to get on their wavelength and understand what they are feeling.

(And the Aries in me? Makes me want to drive in like a bull - or perhaps a ram? - and call it out for what it is. And the empath in me reminds me that no one wants me to do that, and I need to be sensitive to the feelings of others. And then my impulsiveness usually ends up calling the shots.)

I'd be a terrible judge, because I can understand just about any misdeed of any miscreant, if I just get a moment to spend with them. I am too empathetic sometimes, to the point that I let people abuse me, because I'm too busy thinking about what it feels like to be in their shoes. I forget that I'm actually currently in my own shoes and have my own feelings as well. Then when my own feelings bubble to the surface after having experienced the feelings of someone else for so long, I look at myself and wonder how I can be so stupid, so spineless, so infantile, as to be caught in a situation where I let myself be treated that way. I think how naive I am, how weak and pathetic.

Or conversely, I'll realize that I am a GREAT person, a BEAUTIFUL person, a HAPPY person, and I'll wonder why I ever let myself ever be dragged down by the negativity of another! I prefer when that happens. I also prefer when those around me influence me positively and give my feelings a shot of espresso, boosting me to the sky. That's when I experience such intense love and pleasure that I feel like a hot air balloon floating among the clouds.

I wish I could turn this emotional susceptibility off like a spigot or turn down the volume of all the emotions around me and just tune into my own for a while. Every now and then I can, but never for long. I am constantly overwhelmed by the three varying emotional landscapes of my children, those of my coworkers, those of my friends and even sometimes those of acquaintances or strangers who come into my "force field". (I'm using science fiction terms now, because yes, I know.)

So okay. There is likely a scientific, rational reason for why I am influenced by others so easily. I'm just more situationally aware? Empathy is a real thing, sure. I'm just overly empathetic. Whatever.

What it doesn't change is how overwhelming and exhausting it is to be in my body.

These past few months have been the most emotionally intense months of my life, short of my deconversion. Two new jobs in seven months, both with a humanitarian organization that responds daily to human suffering, and a divorce ending my 12-year marriage in the midst of it. My ups have been UP and my downs have been DOWN. Those are just my own feelings by themselves, let alone the impact, influence, intrusion of all the others around me. My body is physically worn out by the barrage of feelings during this past half-a-year.

I'm sure that's scientific too. Body and mind are daily being proven to be significantly linked, right?

But for the empath (or highly sensitive person or intuitive or whatever quirky woo name you want to give us), there is no mere link. Every bit of mind and body are inextricably the same thing. They're called feelings, because of how much we feel them.

Why am I writing this?

Because:
1) Writing (and talking) it out is the only way I know how to rid my body of this intensity of feelings.
2) I revel in the contradiction of what I believe and what I believe.

Why do I hesitate to write this?

Because:
1) I know other skeptics will scoff at me and tell me this is stupid, and everyone feels this way. (But do they? Do they?)

2) Because it's stupid and self-absorbed and utter nonsense.

But you know what? I feel lighter now, the things that have been weighing me down don't feel so heavy after writing about how overwhelming it's been. You know what writing feels like to me?

And my penchant for praying to the Universe as an atheist like I used to pray to God as a Christian will be the topic of a future post involving my rational vs. irrational mind.