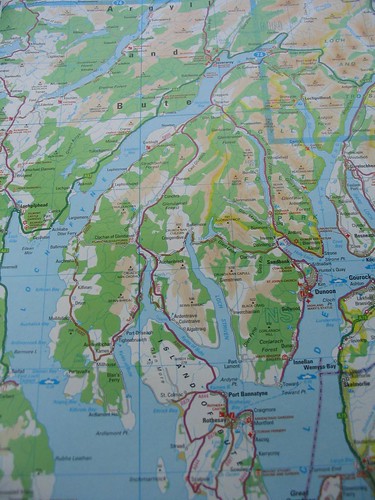 There were a few American words I continued to use when I moved to Scotland, like "ya'll", "elevator" and "sidewalk". However, there are a lot of British words I still use, and to be honest, I hope I always use, at least around the house with Scott and the kids.


And I still insist my kids call me "mummy" instead of "mom" or "mommy".

There are also those incomparable uniquely Scottish words that I hope we never lose.

I'm sure there are others. There are some phrases I still like to use too and want to keep.

And there's a few Gaelic phrases we still use. Fifi still likes to say her Gaelic grace before meals, and we still like to say:

Fifinally, I still like our little Cockney rhyming slangs. I caught myself saying yesterday at soccer "I haven't had that in donkeys!" Makes total sense to me.

Scott says he's already finding himself switching over to American words, probably much the same way I switched over to British words quickly so as not to stand out like a sore thumb. (He still uses them around the house a lot, though, and he definitely gets more Scottish again when he's angry or agitated!) I, on the other hand, love the words I picked up in Scotland and don't want to lose them now. It's a decade of my life that I don't want to lose all traces of. I also like the idea of my kids growing up with their Scottish daddy (and non-Scottish mummy) using these phrases.

What are your favo(u)rite Scottishisms (or Britishisms)?
Posted by Lori Arnold at 11:32 AM
Email ThisBlogThis!Share to TwitterShare to FacebookShare to Pinterest
Labels: lists, Scotland