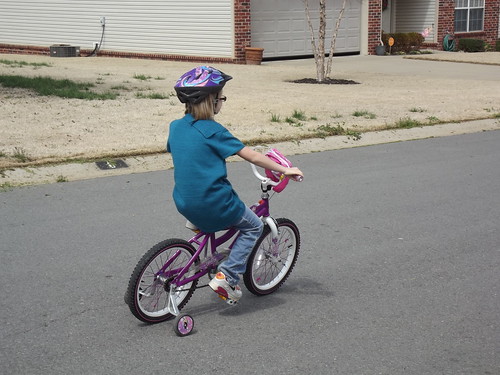 You know what's kind of getting on my nerves? All this hype about how kids were so much happier and better off thirty years ago when they were allowed to run wild with no supervision and eat whatever they wanted and take bigger risks. That kids nowadays are over-sheltered, over-protected and molly-coddled.

Okay. Obviously we get the idea. Kids today spend too much time indoors, on computers and iPads and watching TV. Point taken. My kids are guilty of it too - or perhaps I should say we as parents are guilty of allowing it. But what annoys me is the rest.

Kids were better off when they were unsupervised? Allowed out all day to explore anywhere they wanted and only expected home at meal times or 'when the street lights came on'. Fifirst, I'm betting this is an exaggeration and a glorified version of the truth. But even if parents really did let their kids run off on their own all day, how is that good for kids?

Good for imagination and exploration and all yes. But what if - just what if - something happened to them while they were off in the woods or at a park somewhere and you were nowhere near to know about it? I know I'm overly irrational about kidnappers (I had a serious phobia about kidnappers and burglars when I was a child and have never really gotten over it), but what if someone took my child while I wasn't around? It maybe doesn't happen all the time, but it does happen. Kids also fall and injure themselves, get bitten by snakes (my new worry, now that I live in the South again), and get lost. Glorify the idea of letting your kids go wherever they want without you knowing where they are, but god forbid something happen to YOUR child and imagine the repercussions:

- You could have a missing, injured, or dead child.
- You have Social Services at your door for neglect, and possibly have your other children taken off you.
- You are a social pariah for having been so negligent as to let this happen to your child.
- You are vilified in the media.
- You can never forgive yourself.

I'm just really tired of all this 'You're over-protecting your kids/ giving your kids complexes/ destroying their sense of wonder/ making your kids fat from lack of play' hype. Maybe I'm just protecting them to the level that I, as the parent, am comfortable with? This level is different for all parents; this doesn't make us all over-protective.

By not letting my kids run all over the neighborhood unsupervised, I am not killing their confidence or squashing their imaginations. I'm keeping them within my scope of supervision and away from predators, snakes, and dangerous areas. By not letting my kids play with fire, saws, sharp-pointed objects - unsupervised - I'm keeping them from harming themselves or someone else. Imagine your kid injured someone else's kid because you let them play with a dangerous object? Can you imagine how those parents would react? By restricting what my kids eat, I'm hopefully teaching them some form of self-control and healthy eating habits. By restricting the amount of chemicals we use in our home, I'm hopefully doing a teeny tiny part in keeping their little developing bodies a teeny tiny bit less contaminated.

CONFESSION TIME. I'm not the best parent in the world. I know I have my own irrational (depending on who you talk to) rules, and yet I'm also not the most vigilant at all times either. I probably allow them a lot more freedom than I should in some areas, and not enough in others. I let my seven- and five-year olds play outside on the street - we live at the end of a cul-de-sac - while I'm inside. I don't watch them the whole time. They are allowed to go up to the end of the street on their own. If they want to play with neighbors further than that, they need to come ask. Sometimes I go outside to check on them, and I can't see them. I panic every time. Often they've just gone into a neighbor's house to play; they know they are supposed to ask first, but sometimes they don't. Sometimes they have left our street without asking. This may sound like over-protection to insist I know where my pre-school and first grade children are at all times, but is it? Isn't it just common sense? In a world where we are so aware of the dangers, wouldn't it be negligent to NOT know where they are?

Keep in mind that bad people have always been around, and kids have always been in danger of being snatched and harmed by them. It just wasn't as widely talked about or known thirty or forty years ago. A few years ago, when visiting my mom, I let five-year-old Fifi go outside and play by herself. Mom felt uncomfortable about her being on her own. I mentioned how she used to send us outside all day without watching us. Her response was 'things are different now'. Perhaps things aren't different, we just know more?

I'm also pretty lax about dangerous items and activities. I probably let the kids play with too many things that could hurt someone, and perhaps I'm just lucky that no one has been seriously injured yet. Scott freaked out when he saw Fifi carrying an axe a few weeks ago and I hadn't stopped her; I asked how that was different than him playing with a saw when he was half her age. He was probably right. A seven year old shouldn't carry an axe. But should a four year old play with a saw, even if he'd been taught how to use it? It's all about a parent's comfort zone. I let the kids climb trees and counter-tops, sometimes unsupervised (the older ones anyway, I'm much more vigilant with the almost two year old). At play parks, I let the toddler climb equipment that's probably too old for him without being as careful as I should, though I'm always watching. I don't always insist they wear helmets when riding their bikes, though I feel I really should. Accidents do happen, and I know if something happened and I, the parent, hadn't been careful enough to keep them safe, I'd have a hard time forgiving myself. The worse the accident, the harder it would be for others to forgive you too, and if the accident is really bad, you could have the entire town judging you. Maybe that's over-protection, maybe it's common sense.

Food. Cleaning supplies. Truthfully, I'm not the healthiest eater and neither are my children. We do not have a 100% chemical-free home. I do try to restrict my children's diets within reason, and we try to eat mostly healthy, but we don't always. I still use bleach at times and have recently started using normal shampoo on the kids instead of the expensive everything-but-beeswax-free stuff. I'm not perfect or rich. But am I being over-protective when I still choose to clean with vinegar instead of ammonia or choosing non-toxic options when possible and affordable? Or am I taking advantage of the knowledge and science we now have to try just a little to make my kids a little healthier and safer?

NPR did an interview with someone who wrote a book about play in this era versus play in the '70s. A man filmed a bunch of kids playing in the '70s out of interest and that footage has been compared to kids' play now. Apparently kids took more risks and really did play unsupervised. The author of the book who talked about her own childhood play was worried she maybe had romanticized the truth, but the footage backed her up. She and her peers really did 'play better' than kids do now.

All I heard from this interview was that a bunch of kids were being filmed by a stranger who was asking them questions about their lives and where their parents were, and no one noticed or cared. Parents were nowhere to be seen. Hands up if this would have made you uncomfortable?

There is some merit to the hype - SOME. Yes, kids should be allowed to climb trees, if they are physically able and it's safe to do so. Risk-taking and risk-management are good life skills to have. Kids fare well with a little autonomy and room to roam, within reason. Being able to play freely is good for teaching decision-making. It won't kill kids to eat something that isn't organic or to brush their teeth with an SLS-containing toothpaste, but it's reasonable to restrict unhealthy or toxic products. But can we stop acting as if we modern parents are dictators who are preparing our kids for therapy and career failure by limiting their unsafe activities? What is wrong with keeping our kids safe? Why does that make us 'over-protective'? And furthermore, stop acting as if kids playing on laptops or video games is going to turn their brains to mush. In our increasingly technological age, the kids who know how to use technology are going to fare just fine, if not better. Did you know playing video games is actually great for hand-eye coordination, math skills, reading and decision-making?

I just think the bottom line is to be the best parent you can be. Be comfortable with what you allow and don't allow. You, your children and your family are the only ones who have to answer for it. Unless something really horrible happens. Which, granted, is probably not going to happen. But if it did, I think you'd want to know you had done your best to avoid it.
Posted by Lori Arnold at 12:27 PM
Email ThisBlogThis!Share to TwitterShare to FacebookShare to Pinterest
Labels: childhood, children, health, kids, natural living, parenting, supermom