What Does Diversity Bring to the Table? 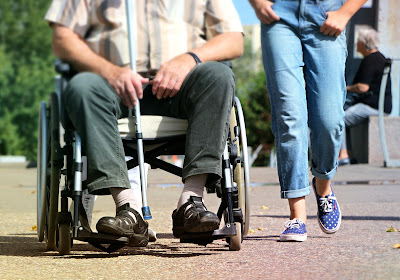 I hate getting into arguments. As a middle child and a people pleaser, I try to steer conversations away from controversial topics if I sense they will get heated. I don't like offending people, and my empathy easily extends to those I both agree and disagree with. I will happily engage in lighthearted debate with friends, and with some people I'll even engage in earnest debates, if I know them well enough to be confident there will be no hard feelings. But with strangers or people who might get easily upset, I avoid hot topics like the plague.

This isn't always a positive thing. Sometimes it means I let things slide that I shouldn't. I often hear mildly racist, sexist or homophobic comments, and to avoid conflict, I perhaps keep my mouth shut too often. Especially in polite company, where I don't want to come off as argumentative. But the other night, after hearing someone (a rich white male) rhetorically and contemptuously ask, "What's the point of diversity? What does it bring to the table?", I couldn't keep my mouth shut. I launched into all the reasons why diversity is necessary, especially in my work with the Red Cross, where it is imperative that all communities are represented and no one is forgotten or overlooked. Surprisingly, but not so surprisingly, the conversation took an ugly turn at that point, and some of the most egregious racist and white privilege rhetoric was spewed, and needless to say the conversation did not end well. No regrets though. Sometimes arguments just can't and shouldn't be avoided.

So why is diversity important? For what I do, diversity is of utmost importance if we want to be sure we are accomplishing our mission to serve all people regardless of race, ethnicity, gender, sexual orientation, religion, ability, income or geography.* That point was driven home to me in an illuminating way this morning in a meeting with the Arkansas State Independent Living Council (ARSILC).

The meeting had actually been arranged to discuss diversity and inclusion days before the aforementioned interaction. My goal for this meeting was, in retrospect, very narrow though. I wanted to talk about how to include more people with functional and access needs in workplace employment and volunteerism. But before my volunteer counterpart and I could even start talking about hiring practices, the executive director for ARSILC dove into the importance of creating an emergency preparedness action plan for people with disabilities. She began talking about all kinds of disabilities, from mobility needs to hearing and seeing impairment to developmental delays and autism. As she continued detailing all the ways in which existing disaster preparedness education could be developed to include those with disabilities, I became increasingly aware how narrow my perspective on people with "functional and access needs" really was.

For all my talk about diversity and inclusion - making sure diverse populations are being represented "at the table" so we can better serve all people - the thought of how we are serving those with disabilities never really came to my mind. Sure I'd gone so far as to consider and evaluate our hiring practices, but I hadn't actually thought about the people we serve during times of disaster - the adult with Down Syndrome who lives independently with the assistance of caregivers during a tornado or the children in wheelchairs or with hearing impairment when a smoke alarm goes off in the middle of the night due to a house fire. How are we including those people in our plans and preparedness outreach? Have we brought The Pillowcase Project to the schools for the deaf and blind? What about Pathfinders? We do provide special smoke alarms for the hearing impaired, but have we made a targeted effort to make sure those who are deaf or hearing impaired know of this free service? Should we get hit with a huge disaster of Hurricane Harvey proportions (an earthquake along the New Madrid fault line, for instance), have we considered how people with disabilities fit into our emergency action plans? When food is air dropped into a disaster zone, have we thought about how the elderly or other people with mobility issues are going to get to access that food?

I am ashamed to admit that these thoughts had never crossed my mind. Surely they have crossed the minds of others within the organization, but from our every day practices locally, this has certainly not been a priority as far as I can tell.

And this is just one example of what diversity brings to the table. Having representatives from communities and populations that I and others like me have limited or no access to means we can make sure no one is being forgotten. A few months ago, I had a similar conversation with the owner of Hola! Arkansas on how we can better reach Hispanic and Spanish-speaking populations to make them more aware of our services and provide better disaster preparedness education to them. During my recent deployment in Florida, I worked with Spanish- and Creole-speaking populations where the need for bilingual volunteers became vividly apparent. Without exposure to and representation from people unlike ourselves, we can easily become entrenched in our own perspectives only. And in some industries more than others, that entrenchment can be detrimental and have very real life-altering consequences.

The most shocking thing that was said to me during that argument the other night was "And why do you care?" Being that I'd shaped the context of the argument around the mission of the Red Cross - providing humanitarian services, something surely everyone would agree upon - I was dumbfounded that this was even asked. I could barely conceive of an answer more basic than to reply, "Because they're people!" Diversity and inclusion aren't just trendy buzzwords. In my line of work especially, they don't just refer to hiring x number of black people, LGBT people and people of various religions (which by the way is a faulty understanding of affirmative action, which is not about "quotas", but that's another topic for another day). They refer to making sure all people have the same access to the life-saving preparedness education and disaster response services we provide. It's about caring for all human beings, no matter what they look like, where they come from or how they act. It's about basic humanitarianism, plain and simple.

Placing a focus on diversity and inclusion isn't about checking a politically correct box for us at the Red Cross; it's about literally saving lives. Even if there were nothing else diversity could "bring to the table", that alone would be enough. (Of course, that's not all that it brings - pulling together varied and colorful people from all walks of life and all backgrounds makes every company, organization and individual better and more successful, not to mention how profoundly it can enrich the lives of everyone involved.) I'm thankful that more and more people are starting to understand all the brilliant and illuminating things diversity brings to the table. And with those that don't see that yet, I guess I'll be engaging in more awkward conversations.


*The seven fundamental principles of the American Red Cross (and the International Committee of the Red Cross - ICRC) are perhaps what make me most proud of the organization I work for and how we pursue our mission to prevent and alleviate human suffering in the face of emergencies. As an atheist in the Bible belt, I'm very passionate about impartiality and neutrality in particular! Maybe those are a subject of another blog post.
Posted by Lori Arnold at 10:14 PM
Email ThisBlogThis!Share to TwitterShare to FacebookShare to Pinterest
Labels: concerns, diversity, empathy, Red Cross, society