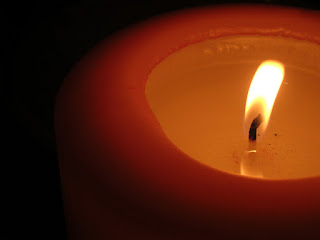 I usually try to stay pretty positive here. Even when discussing controversial topics, I try to stay away from undo negativity. I want to be a voice of hope and optimism.

But today I feel no hope and no optimism.

As you are probably aware, last night America suffered it's most deadliest mass shooting in US history. I was surprised, actually, that this was the worst mass shooting. After Aurora and Sandy Hook and San Bernardino, you start to lose track of the numbers. Along side other massacres, like the Boston Marathon and Oklahoma City, the death toll just adds up and eventually, you don't know how many people died in the latest mass murder incident.

That is unspeakably depressing.

I don't even know where to start. There are so many things to say about this latest incident. All kinds of incoherent thoughts are running through my head that don't add up to any real point, just more depression and loss of hope.

I predict the only thing to come of this will be more religious intolerance. There will be right wing rhetoric about combating terrorism and left wing rhetoric about stricter gun laws. It's what we do in the wake of a mass killing, we shout out buzzwords passionately but briefly - RACISM!  MENTAL HEALTH! TERRORISM! MUSLIMS! GUN CONTROL! and then move on without changing a single damn thing.

In this instance, the LGBTQ community (my community) was targeted in the middle of National Pride Month. For a few days, there will be brief conversation about LGBTQ intolerance. Not much, though, since the shooter was allegedly an ISIS sympathizer, so the bigger conversation will be about terrorism. If we're lucky, we'll hear some lip service paid to loving the gay community (but in many cases this lip service will be ruined by a call to pray for their lost souls as well).  People will shut up momentarily about the transgender bathroom issue. But nothing will change in the long run. People will change their Facebook profile pictures, politicians will argue about the root problem and how to fix it, tragedies around the world will be brought up to show that none of us really care about human rights issues unless they are on our doorstep, and then we will move on and forget about this most deadliest mass shooting in US history until the next one occurs. Then we will rinse and repeat.

This can only happen so many times with no fundamental change in our laws or attitudes before we lose any hope that America will ever come together and agree on a plan to stop these senseless killings. Nothing ever changes, and this time won't be any different.